With the end of flight operations, a special flora and fauna has developed on Tempelhofer Feld. Between the former runways, protected animal species cavort in the middle of the big city, and numerous plant species, some of them rare, thrive on the large meadow areas.

An urban open space with a complex history

The history of Tempelhofer Feld is complex. Pioneers wrote aviation history here starting in 1883. In 1926, Deutsche Lufthansa was founded on Tempelhofer Feld, and the first airport building was completed in 1928.

From 1936-41, the National Socialists erected a gigantic new building in the shape of a quarter circle. At that time, the only concentration camp in Berlin was located on the airport grounds, where mainly political prisoners were imprisoned. Forced labourers, who were used to build fighter planes, were housed in the simplest barracks on the edge of the airfield.

During the Berlin Blockade of 1948/49, the Allies supplied the western part of the city with an airlift via Tempelhof Airport, thus making it an internationally known symbol of the defence of freedom as an airport of the U.S. Air Force.

In 2008, airport operations at Tempelhof ceased, and in 2010 the former airfield was opened to the public for recreational and leisure use. Since 2015, an information trail on the history of Tempelhof Field has documented sections of its eventful past.

In a referendum held in 2014, the people of Berlin voted against peripheral development and in favour of preserving Tempelhofer Feld in its current state for the most part. As a result, the "Law for the Preservation of Tempelhofer Feld" (ThFG) came into force in June 2014, which defines the purpose of protection and the preservation goals. 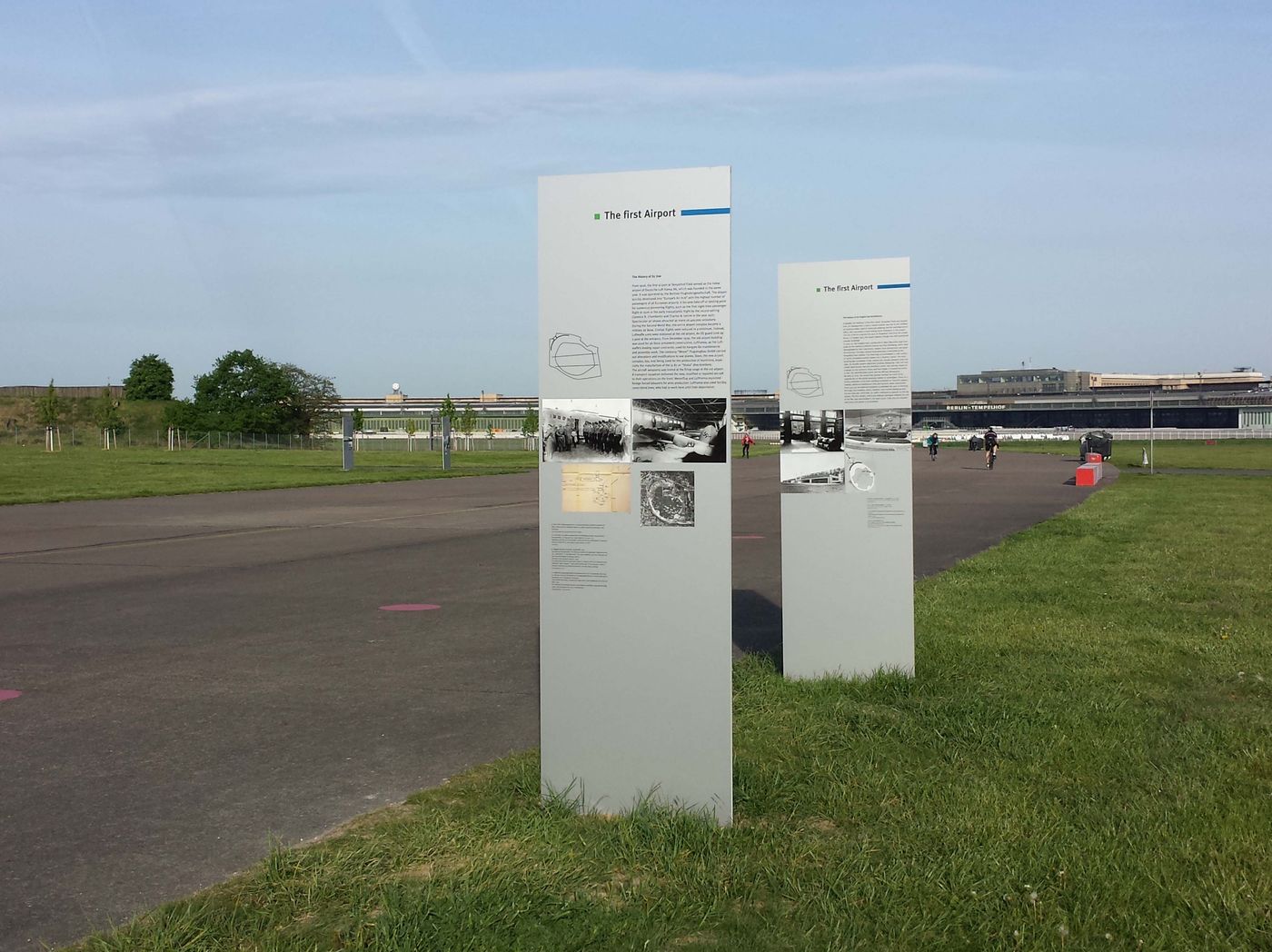 History trail on the Tempelhofer Feld