The ecological richness and the pronounced vitality of the area stimulate imagination and creativity. Above all, it offers artists space for original creations, be it sculpture, music, painting, photography or performing arts. Those who explore the nature park do so on steel artworks by the sculpture group ODIOUS. Footbridges, tree houses or tubes open up the nature and landscape reserve and provide insights and views.

Steel is the defining element of the artworks by ODIOUS. The former six-member Berlin artists' group, which formed in 1982 at the Hochschule für bildende Künste in Berlin, has left its mark everywhere in the Natur-Park Südgelände. In addition to many abstract steel sculptures, it also constructed the 600-metre-long steel walkway that runs through the nature reserve.
On the one hand, the art of ODIOUS picks up on the former industrial function of the site and the rusting relics of this time in its monumentality and materiality, and at the same time corresponds wonderfully with the wildly proliferating nature – and therefore gives the nature park its special, fascinating character as an enchanted place. 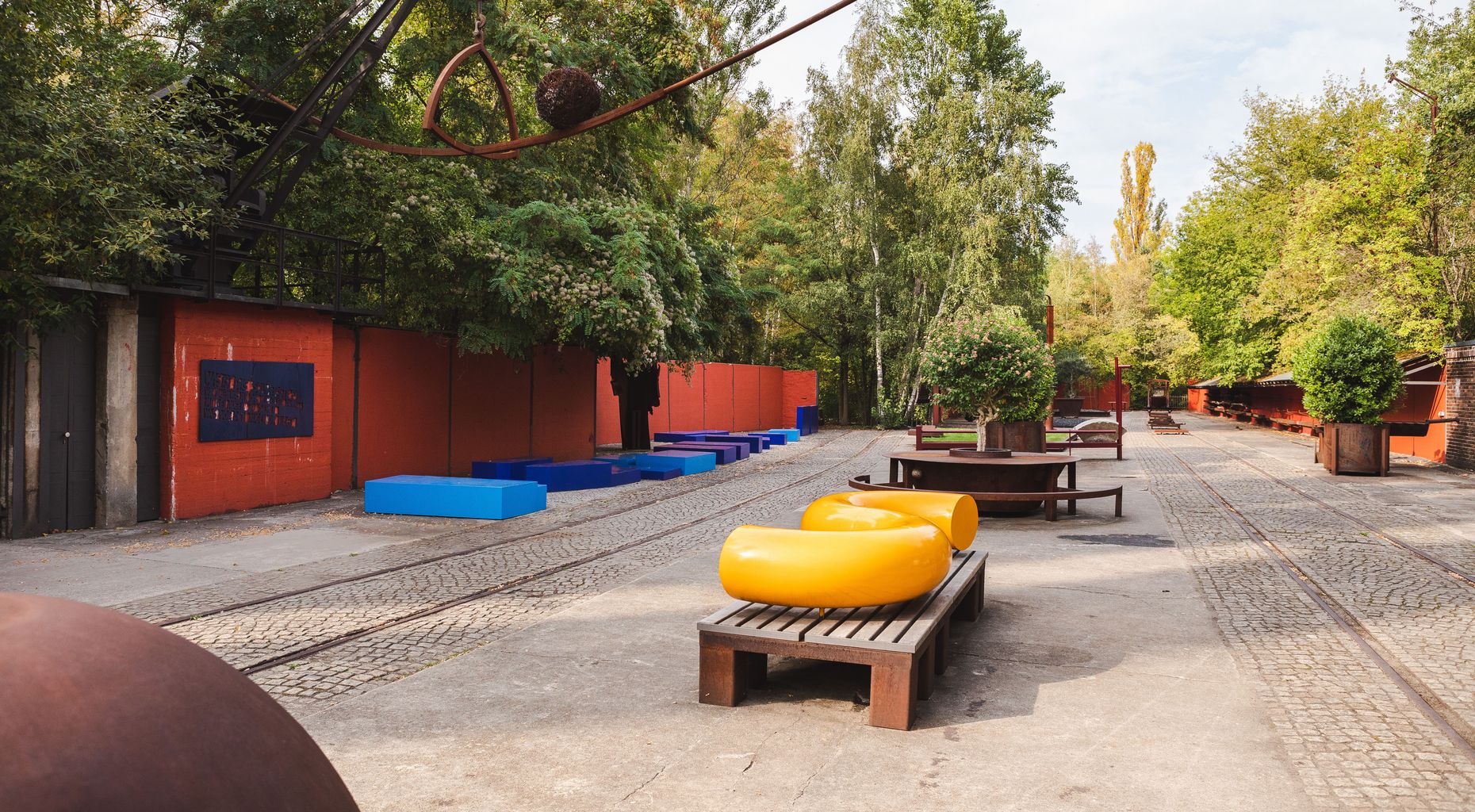 From camping ground to Renaissance garden: The Giardino Segreto in the Natur-Park Schöneberger Südgelände is garden art in the truest sense of the word: purely artificial and created by artists!

The classic Giardino Segreto dates back to Renaissance Italy: A somewhat secluded yet intimate garden associated with the villa, enclosed by walls and nestled in the landscape. Outside the unplanned nature, inside the ordered – with strictly geometric beds, trimmed hedges and sculptures.

Following this model, a new attraction was created in the Natur-Park Schöneberger Südgelände in Berlin: On a 130-metre-long and 22-metre-wide former storage yard, the artist group Odious planned and built a modern interpretation of the Giardino Segreto. Behind a concrete wall, visitors can now expect steel cubes and sculptures, lawn beds bordered by steel edges, benches with stone cushions and many other surprises – a deliberate contrast to the unspoiled nature of the surrounding nature park.