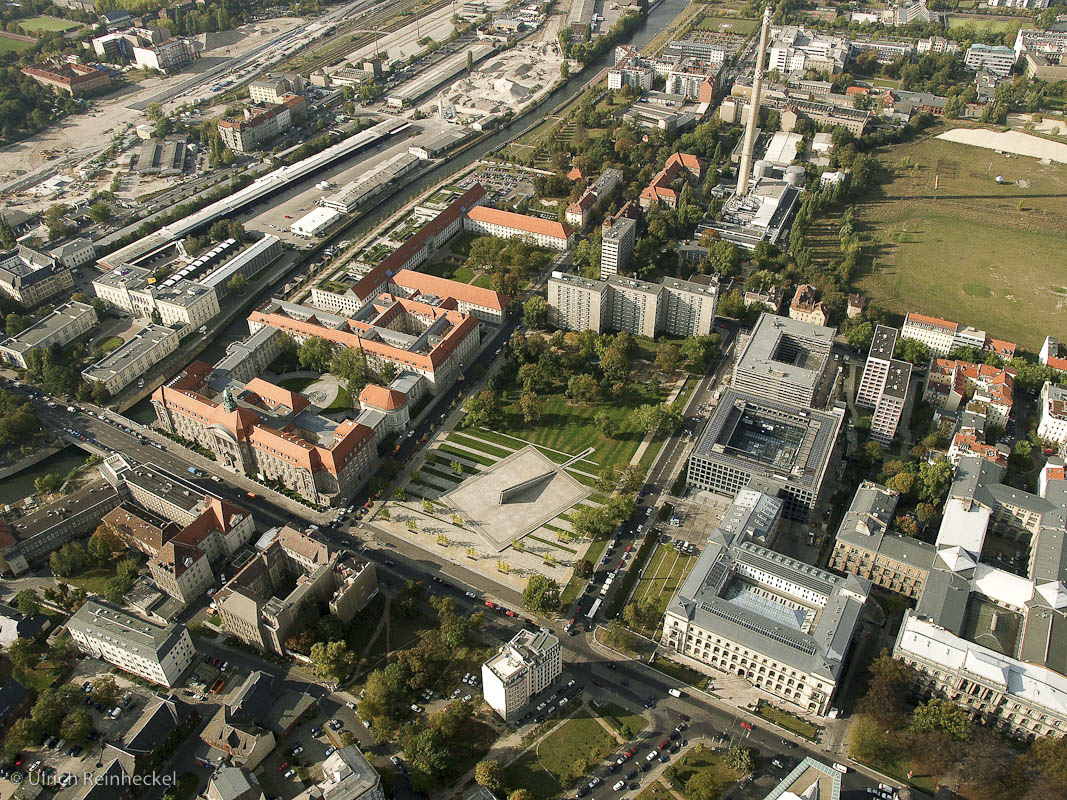 A city also becomes more inhabitable with the possibility to let one's gaze repeatedly wander between façades and canyons of houses. This is exactly what the Invalidenpark offers, which was built back in the 1990s as a spacious, representative city square and urban open space on the site where Berlin's centre was rebuilt at the time – after the fall of the Wall.

The two-and-a-half-hectare city square is located between Invalidenstrasse, Scharnhorststrasse and Schwarzer Weg, surrounded by federal ministries, the University Hospital and the Natural History Museum. The original Invalidenpark, created in 1843 and built with the Invaliden Column and the Gnadenkirche, was destroyed during World War II. Over the decades of Berlin's division, the area languished in the shadow of the Wall.

The redesign of Invalidenpark between 1992 and 1998 by French landscape architect Christophe Girot made reference to the former shape of the square. A walkable sculpture standing in a water basin is reminiscent of the Gnadenkriche on the one hand and the Berlin Wall on the other. Lawns and the preserved tree population create climate-improving, sustainable compensation areas to the granite paving on the south side of the Invalidenpark. 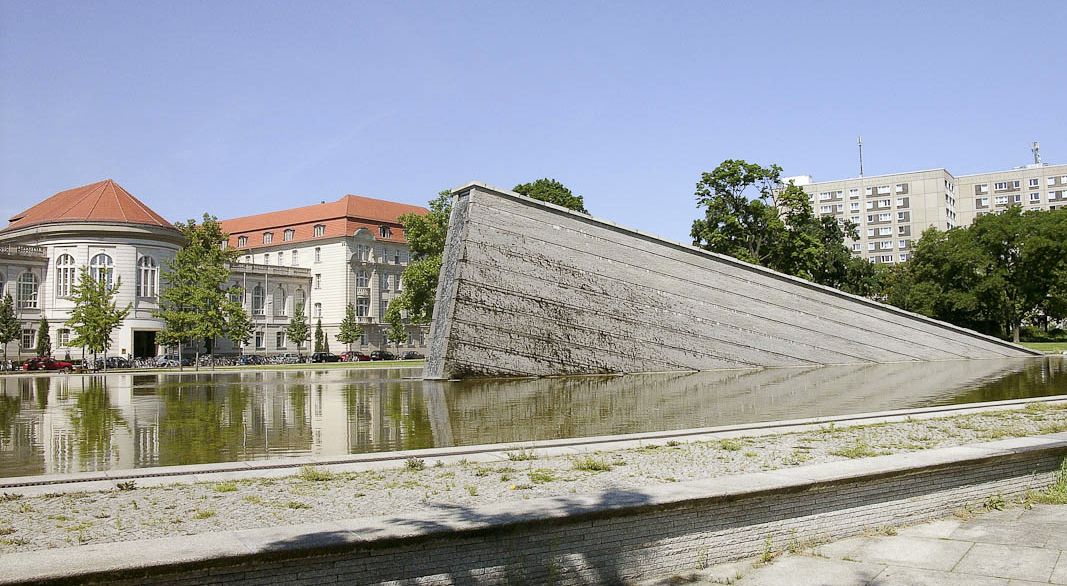 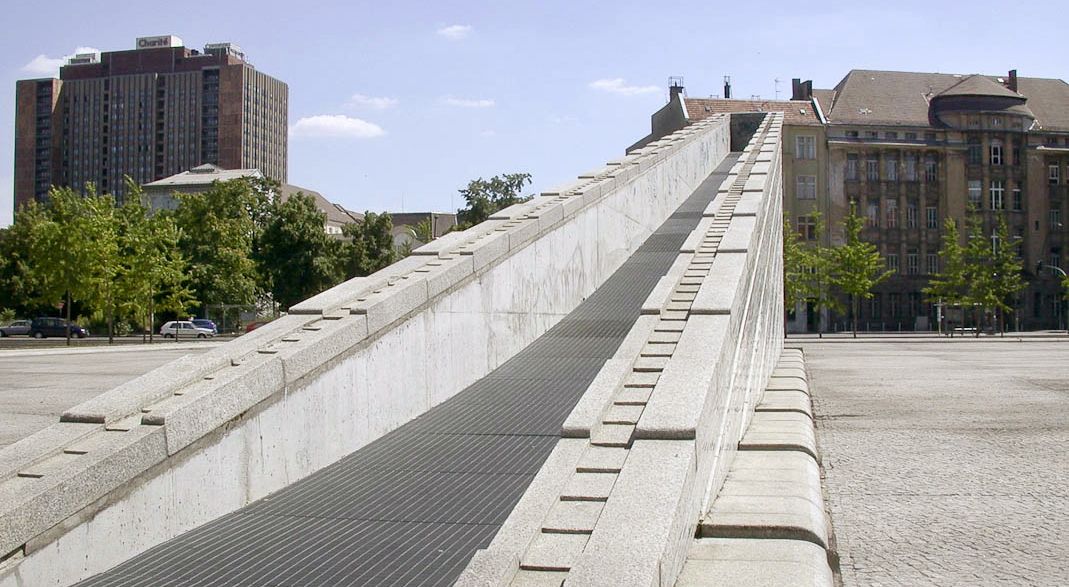 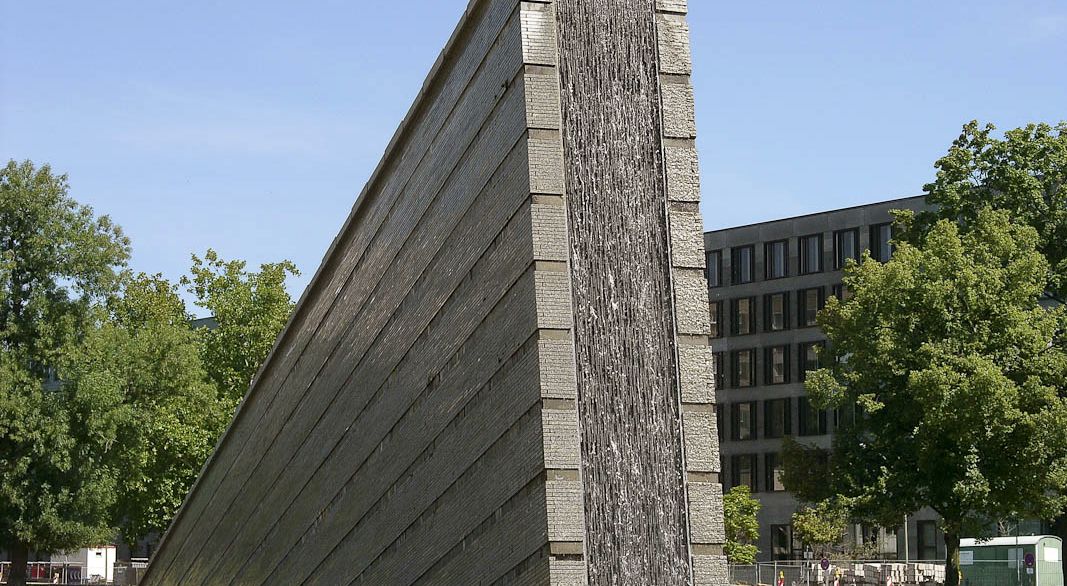 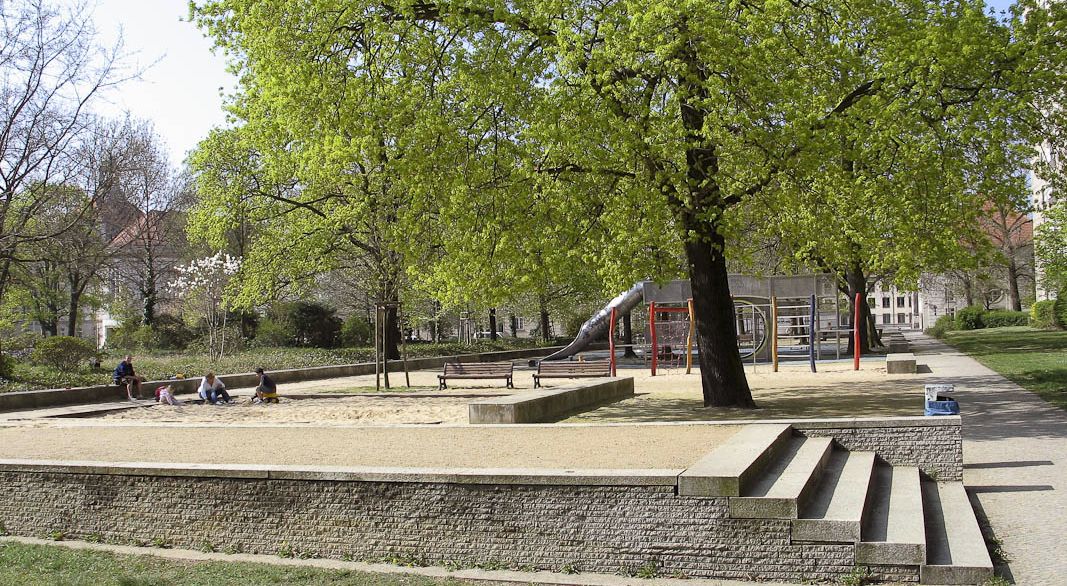 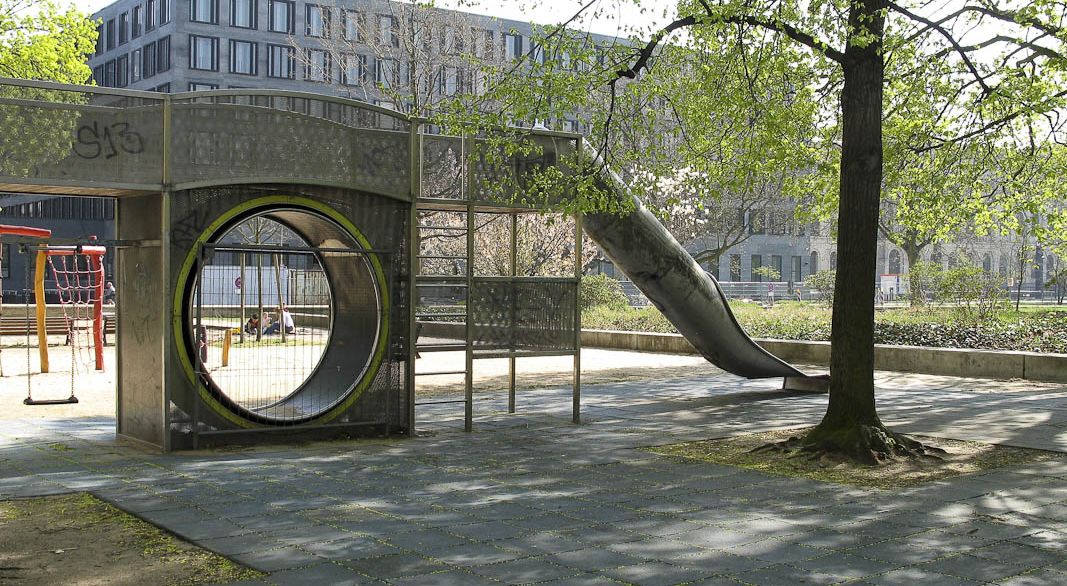 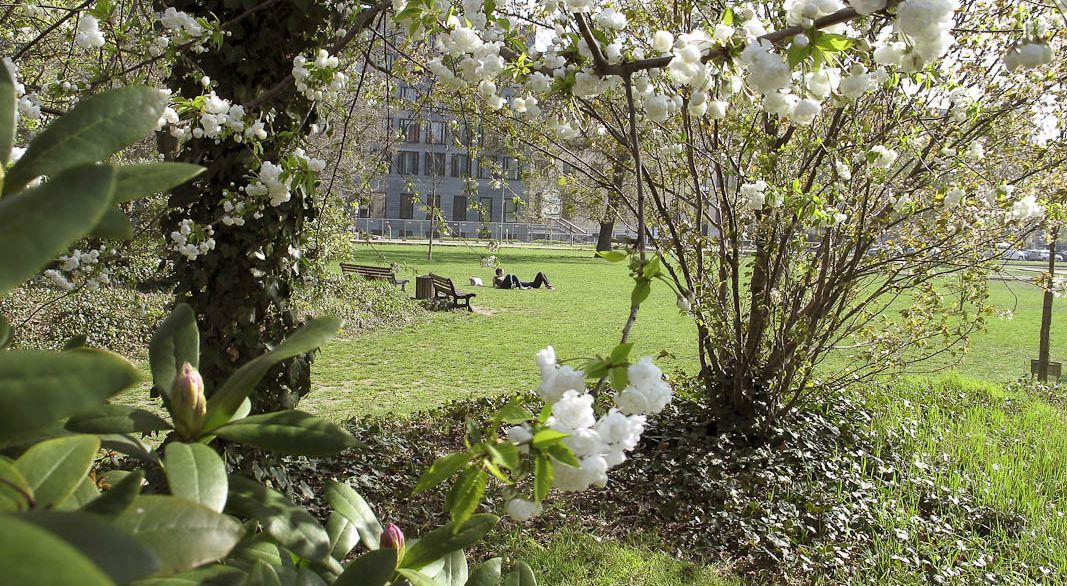