There are three large Soviet Memorials in Berlin: in Tiergarten, in Treptower Park and in Volkspark Schönholzer Heide. They were erected shortly after the end of the Second World War to commemorate the fallen soldiers of the Red Army. The monuments are important historical sites and places of remembrance, not least because of their monumental design.

The three large Soviet Memorials represent a special responsibility for Berlin. The task of Grün Berlin GmbH is to maintain the ensembles of buildings and green spaces with due care and to develop them to a high standard of quality. This also includes maintaining the open spaces with dignity and coordinating and accompanying renovation measures on the buildings.

For the Soviet Memorial in Schönholzer Heide, Grün Berlin GmbH has taken on these tasks for the Berlin senate department since 2008. The youngest Soviet Memorial in Berlin was built between 1947 and 1949. It was built according to the designs of the Soviet group of architects Konstantin A. Solowjew, M. Belarnzew and W.D. Koroljew and the sculptor Ivan G. Perschudtschew. The commemoration of the fallen is the main focus of this Soviet memorial. More than 13,000 of the approximately 80,000 Red Army officers and soldiers who died in the battle for Berlin in March and April 1945 are buried here.

A 33.5-metre-high obelisk made of light grey syenite forms the centre of the cemetery, which covers an area of around 30,000 square metres. The main monument in front of the obelisk is a statue of the Russian "Mother Homeland" mourning her fallen son. A memorial stone behind the obelisk commemorates Soviet concentration camp victims. The grove of honour is surrounded by a 560-metre-long wall that bears 100 bronze plaques with the names, ranks and years of birth of 2,647 fallen Soviet soldiers – just under a fifth of those buried, the rest remain unnamed.

All buildings and the gardens were extensively renovated in 2010-13. Since then, the Schönholz Soviet Memorial has once again presented itself as a dignified war grave and memorial site. 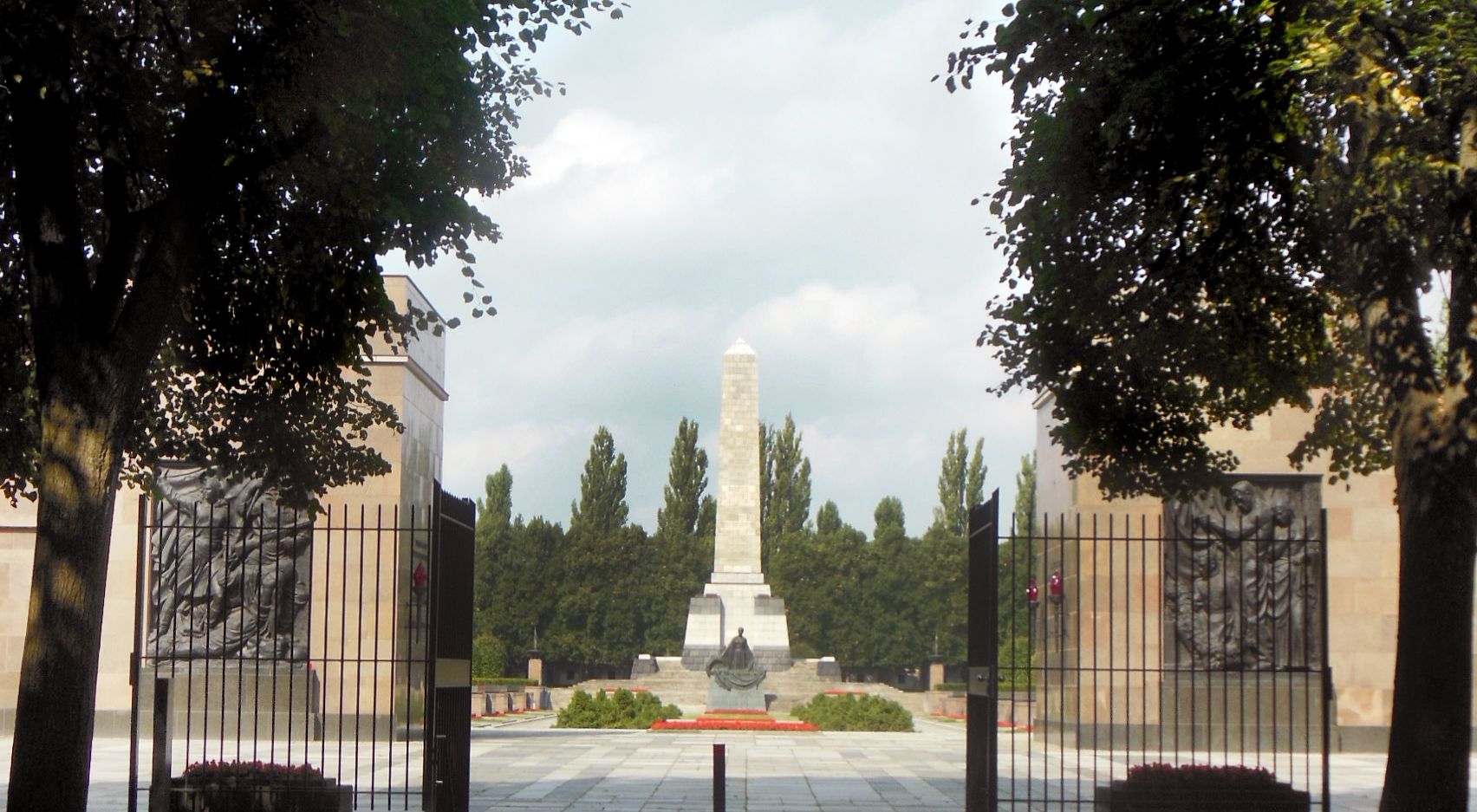 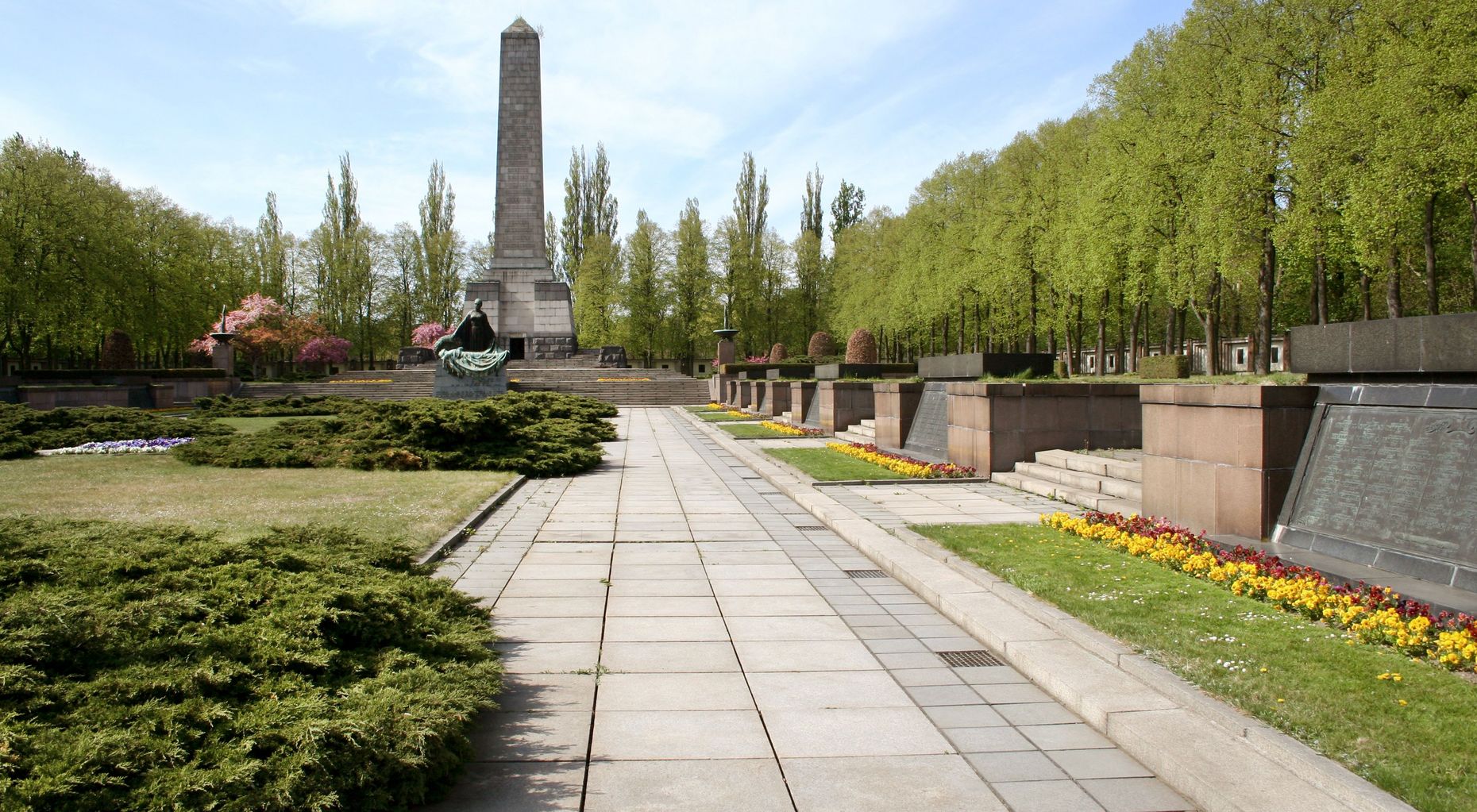 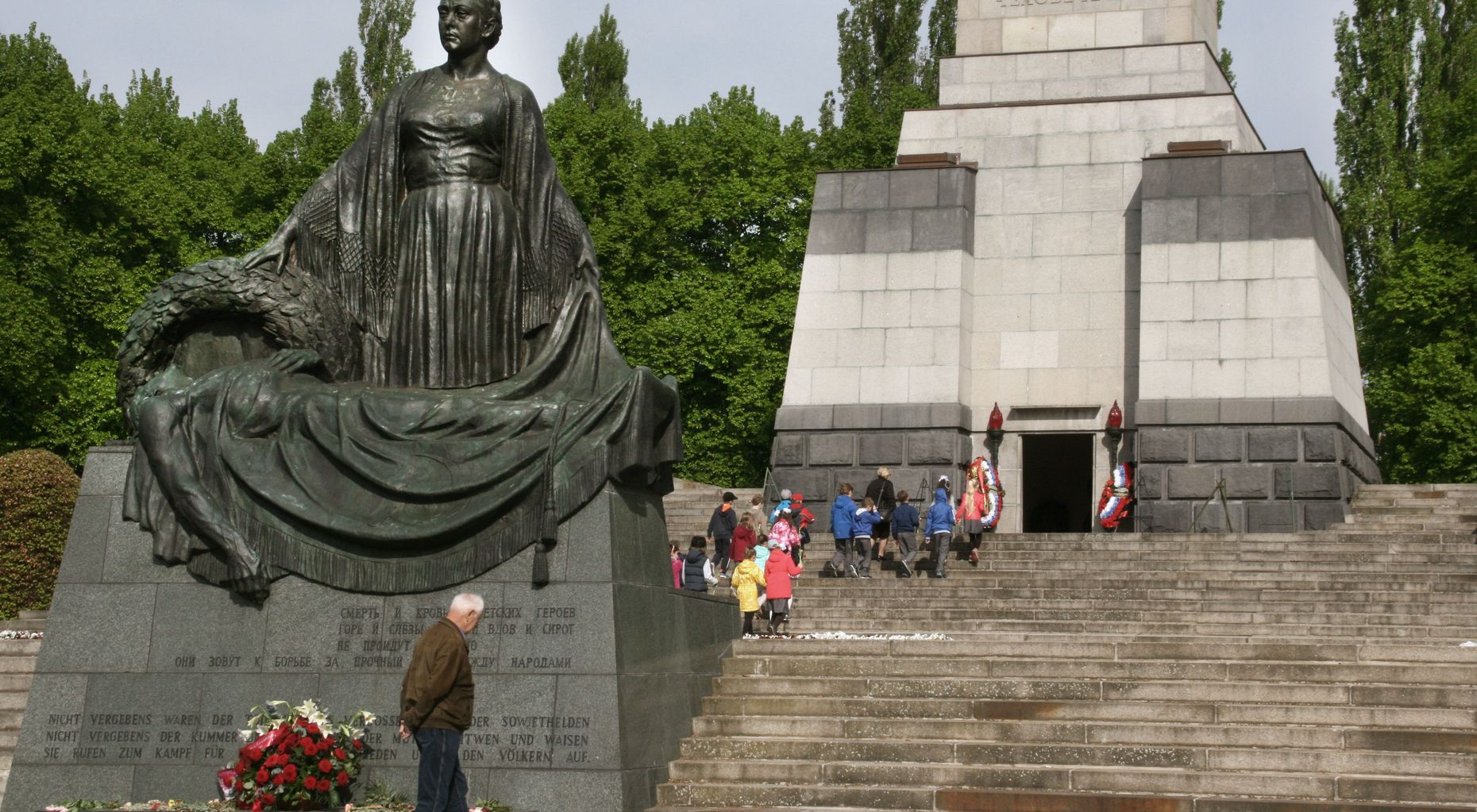 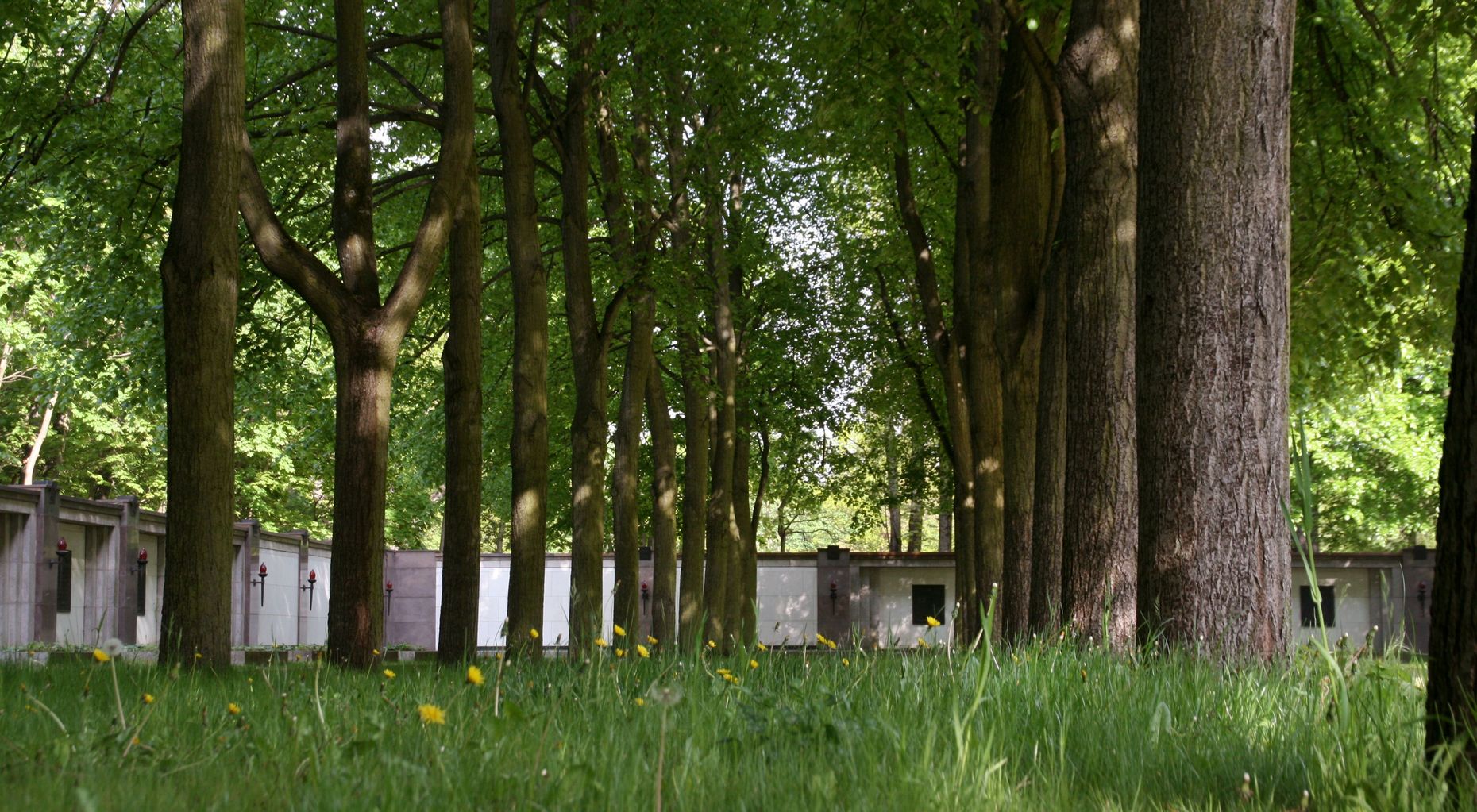 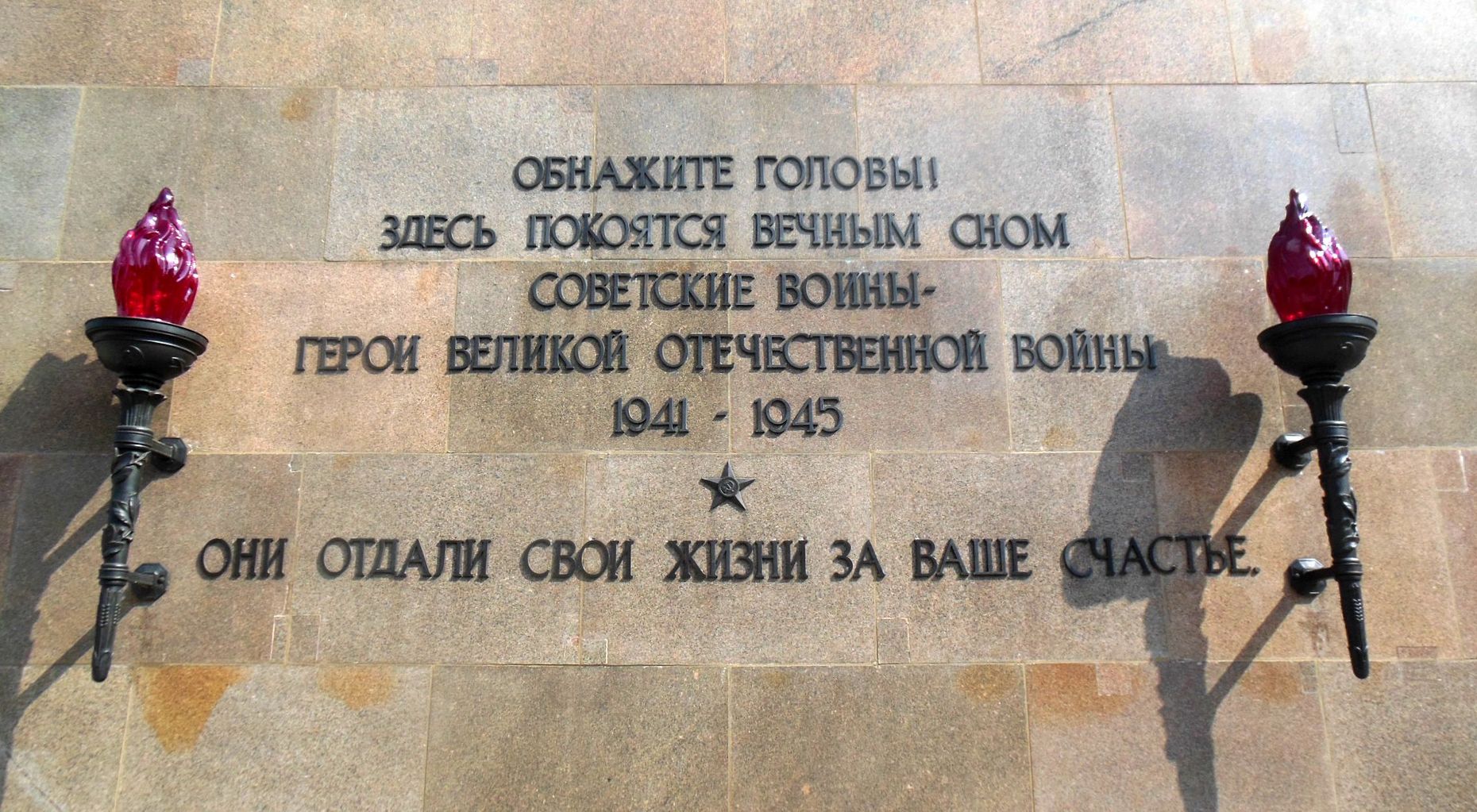 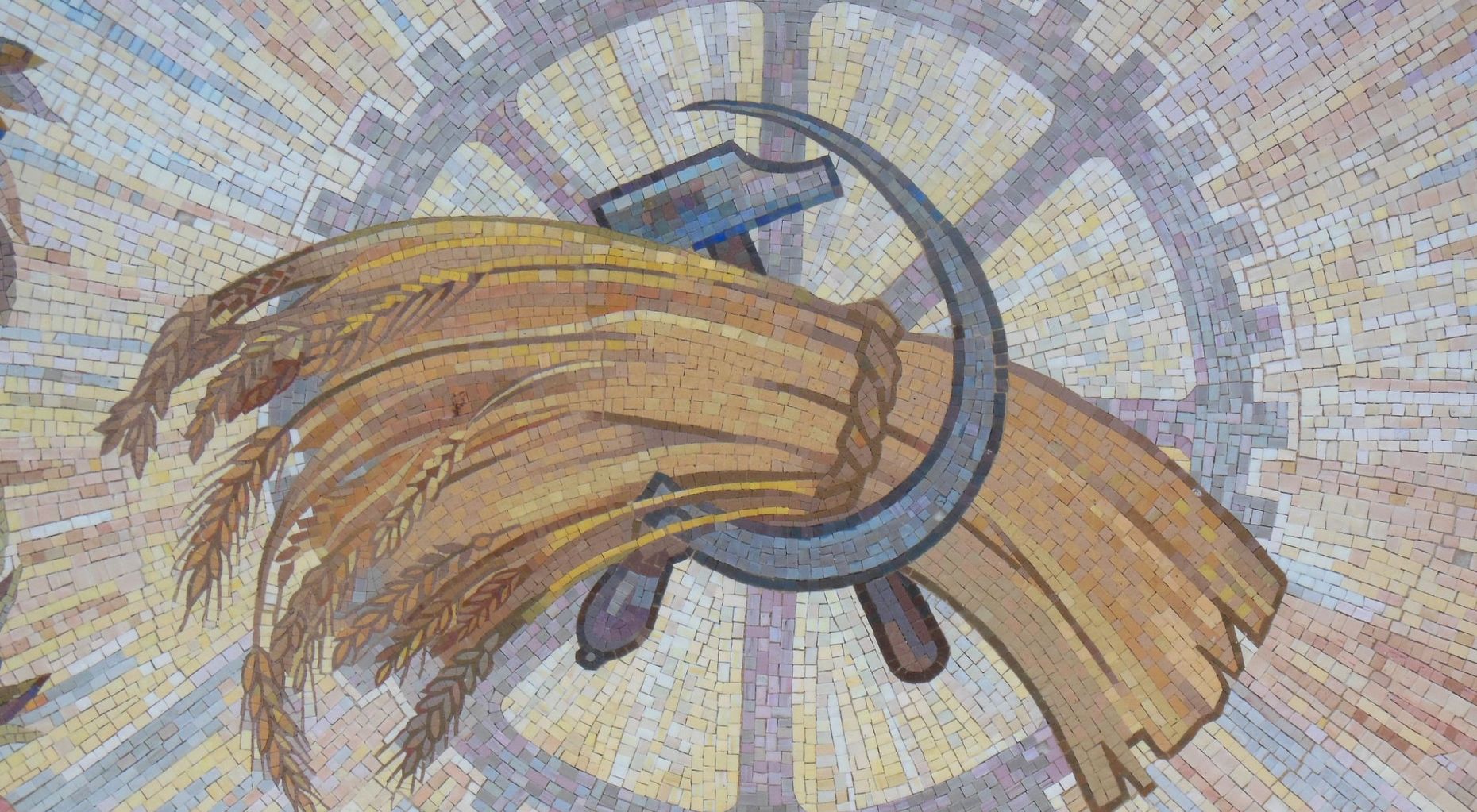 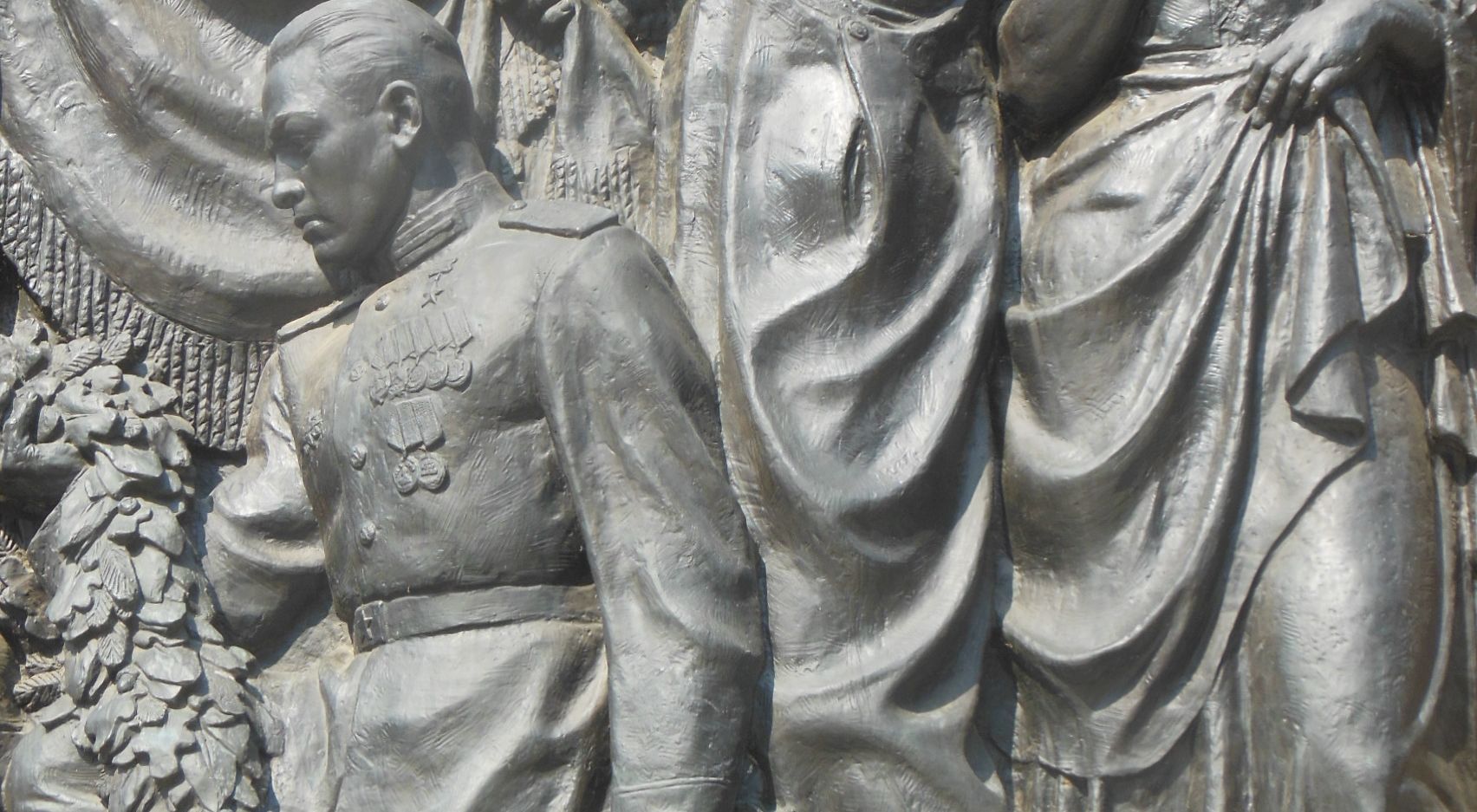 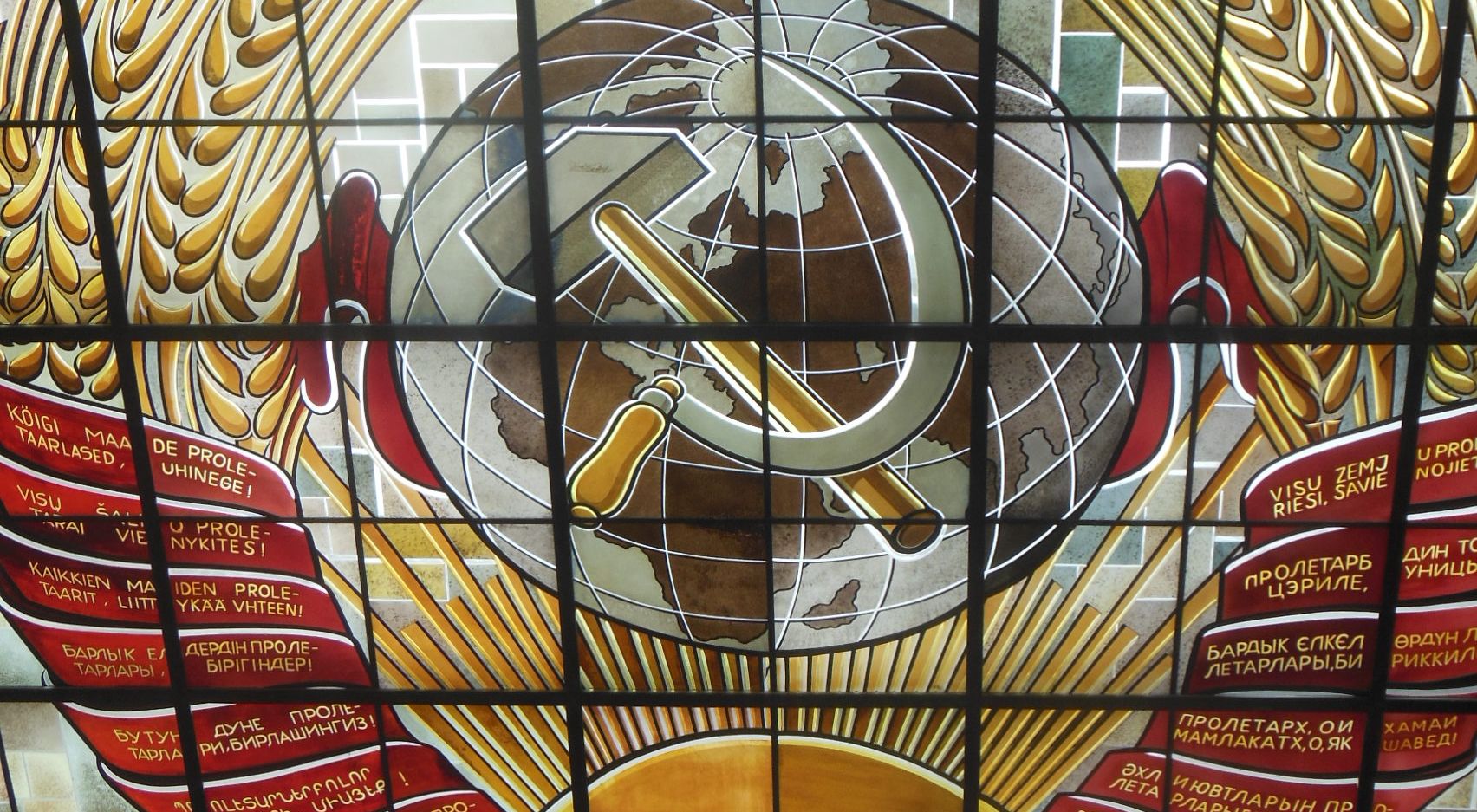 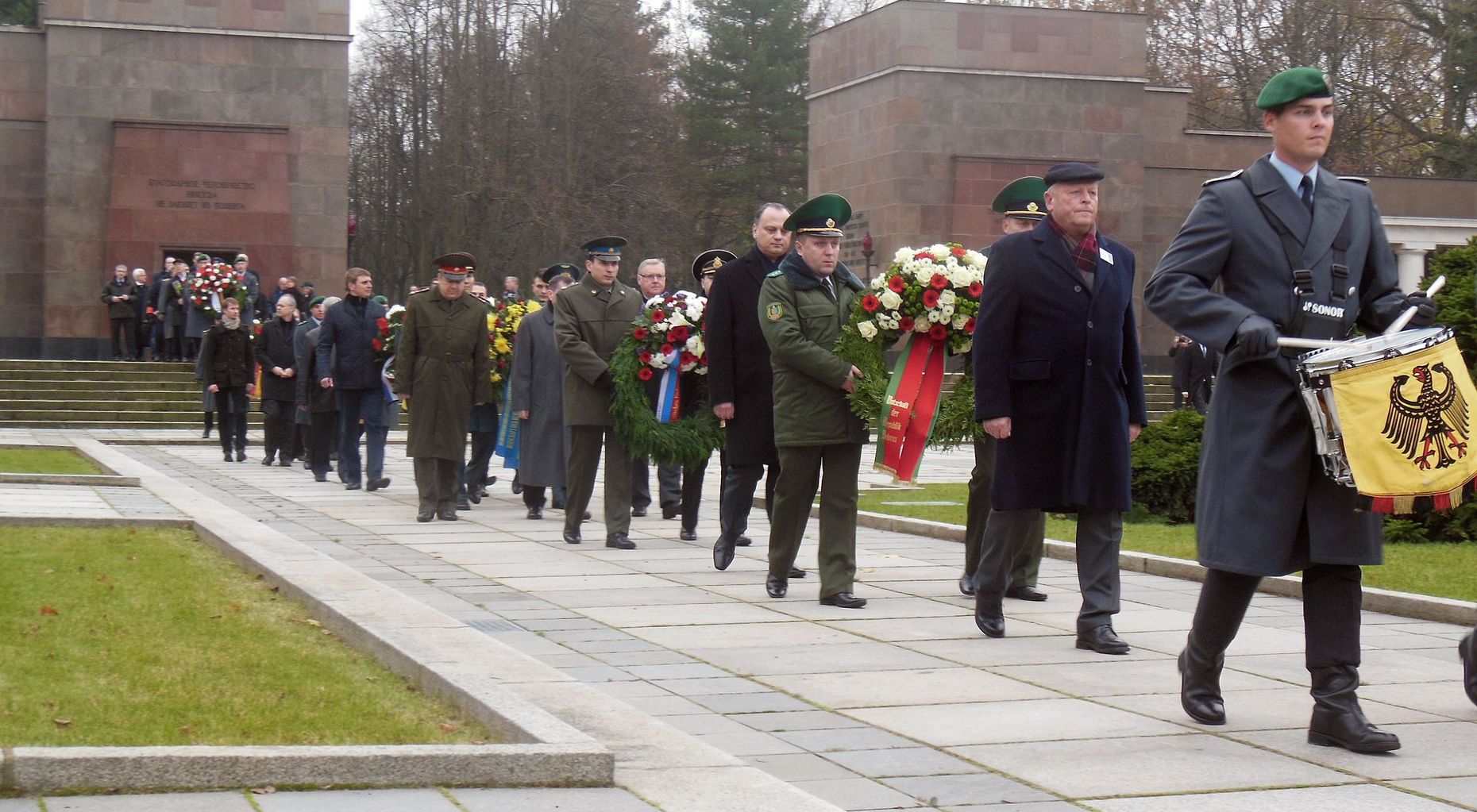 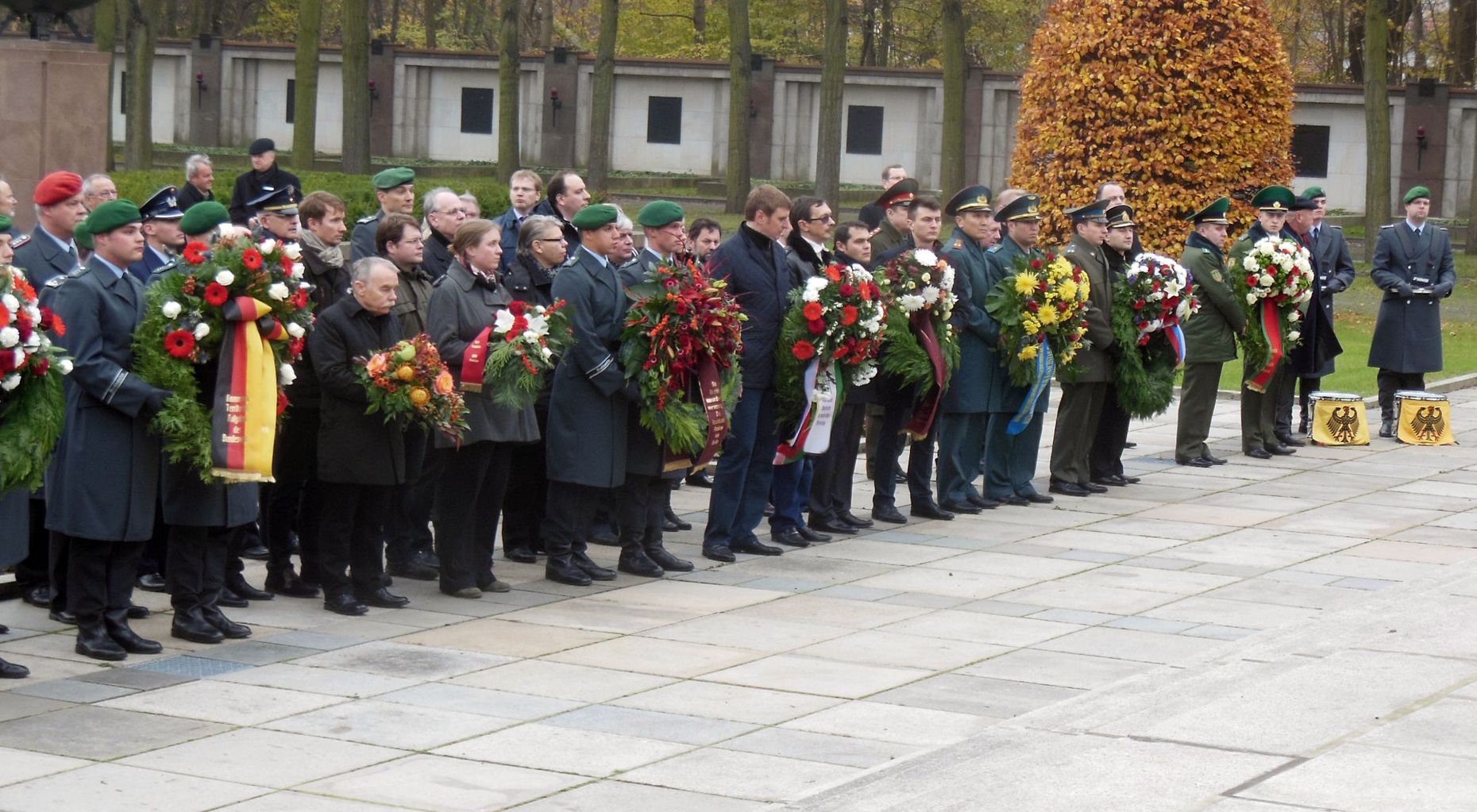 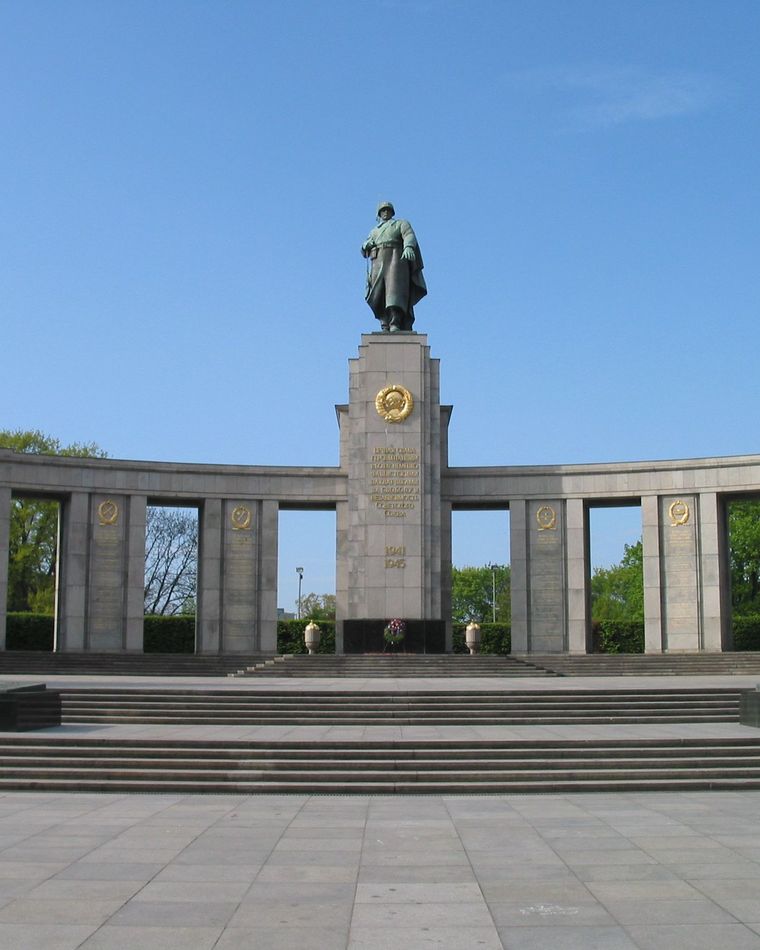 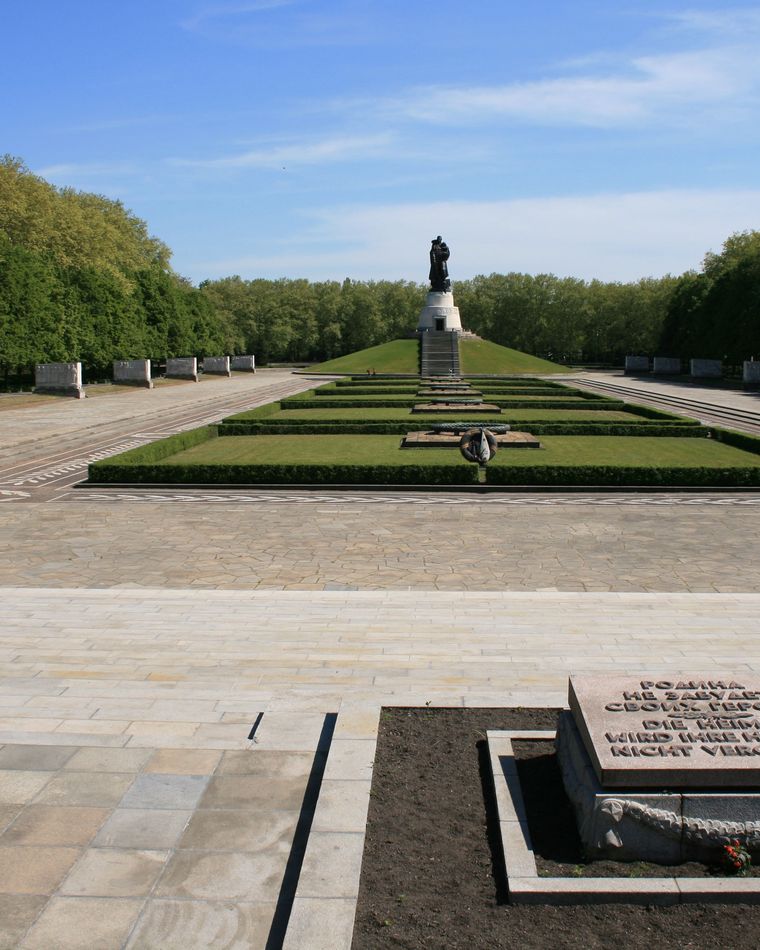 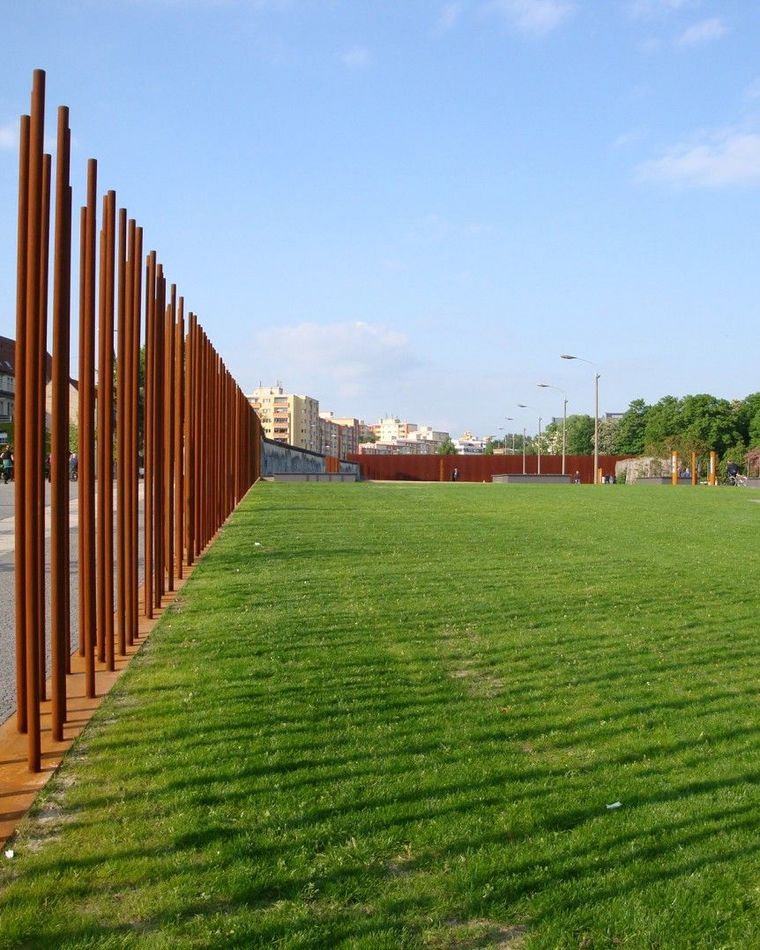