Fast and sustainable: Modern mobility in the air

The aerial tramway in Marzahn-Hellersdorf was one of the absolute highlights of IGA Berlin 2017 shortly after it was built. In addition to IGA guests, Berliners were also enthusiastic from the start. The impressive result: the ropeway completed more than three million rides in its first six months.

With the ropeway, Berlin, like many other major cities around the world, has an innovative and sustainable means of transport for local residents and, at the same time, a spectacular and popular attraction for all Berliners and guests to the city.

Demand is growing worldwide for ropeways that take on urban transportation tasks. They can be built quickly and comparatively inexpensively, require little space and have a sustainable impact on the environment thanks to their low energy consumption and emissions.

Due to the pre-assembly of ropeway components, it is also possible to complete ropeways in a relatively short construction time, even in just a few months. The ropeway Berlin was realized for the IGA Berlin 2017 by the international market leader for urban ropeways, Leitner ropeways AG. 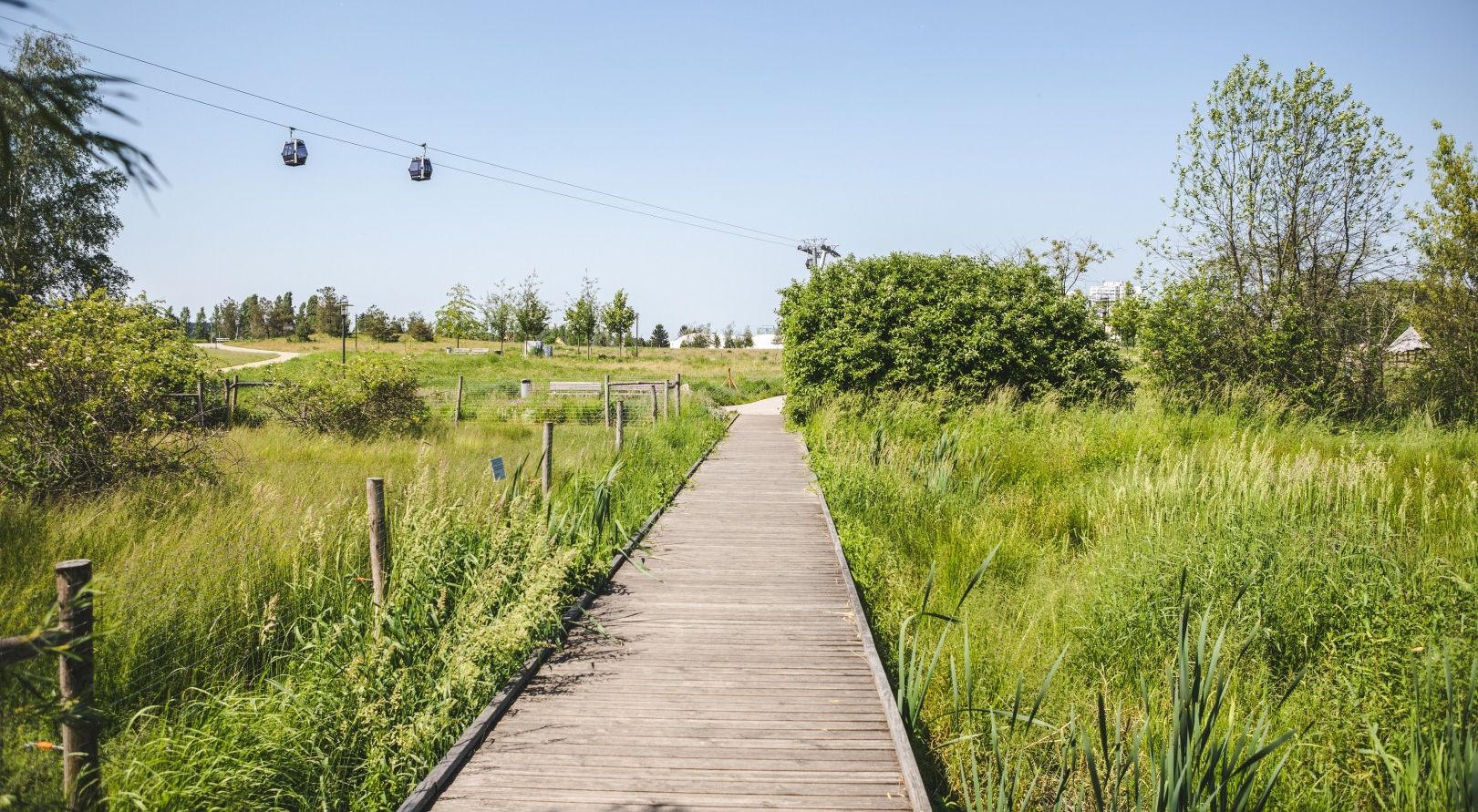 From the very beginning, sustainability and nature conservation were taken into account in the planning of the ropeway. By spring 2014, experienced experts had recorded the flora and fauna on the IGA site. The results of the mapping provided an essential basis for the preparation of the environmental impact study and the accompanying landscape conservation plan for the ropeway. The approval document also included measures for avoiding, minimizing and compensating for the impact. The approval for the construction and operation of the ropeway is based on a comprehensive planning approval procedure.

During the construction work, ecological construction monitoring was also carried out to ensure that all nature conservation requirements from the approval procedure were implemented. This meant that nature and landscape concerns were taken into account at all stages of the planning process.

The ropeway was and is being built and operated in harmony with the natural environment of the Wuhle Valley, which is worthy of protection. Due to the positive ecological, economic and social effects, the cable car has established itself as an essential part of the green infrastructure in Marzahn-Hellersdorf even after the IGA Berlin 2017.