In the middle of the capital, Park am Gleisdreieck was created in 2013 from an inaccessible wasteland – an urban open space in the countryside with a variety of uses: Skaters and joggers, walkers and beach volleyball players, picnic and sports fans, nature discoverers and technology enthusiasts make Park am Gleisdreieck a hotspot between Friedrichshain-Kreuzberg and Tempelhof-Schöneberg. 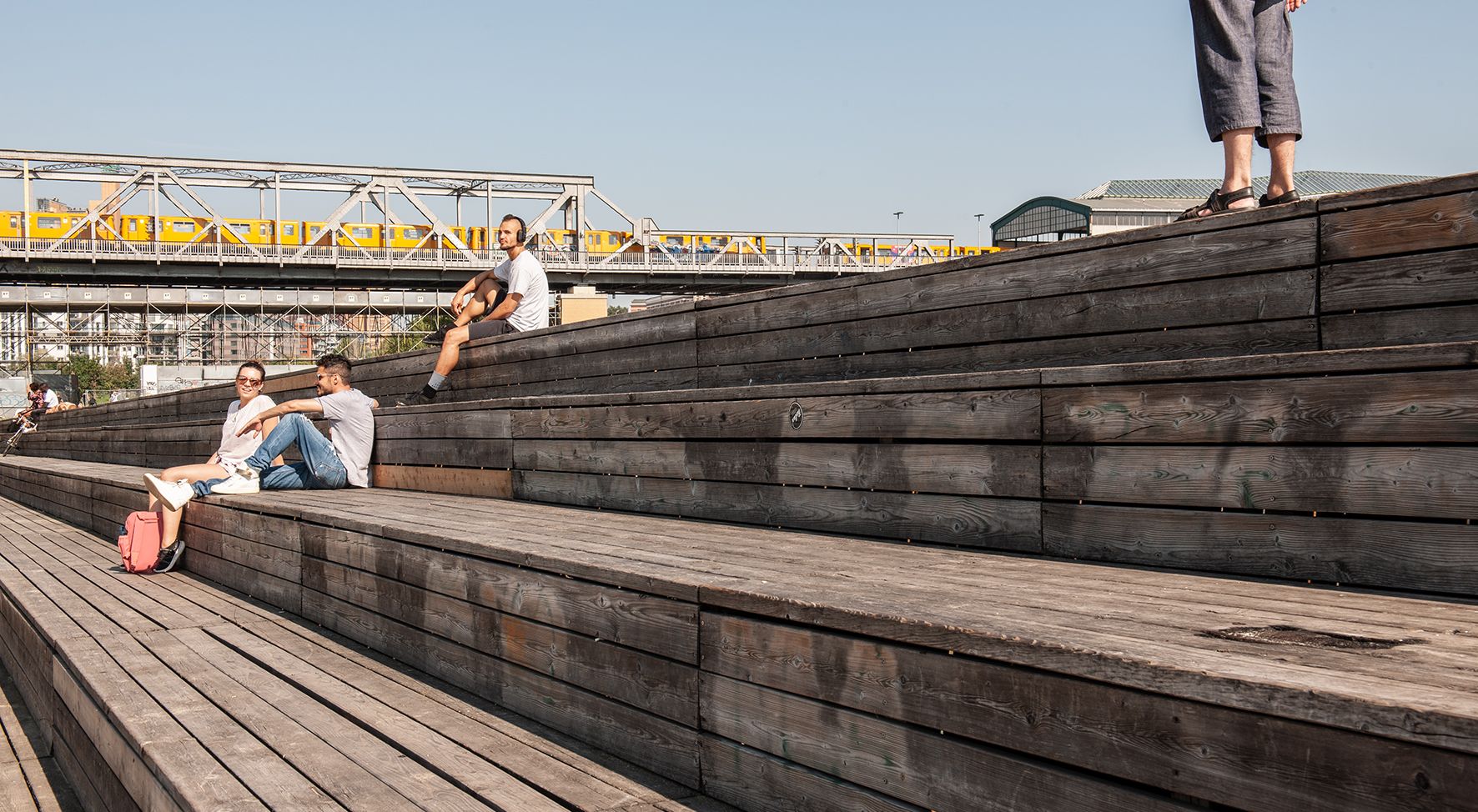 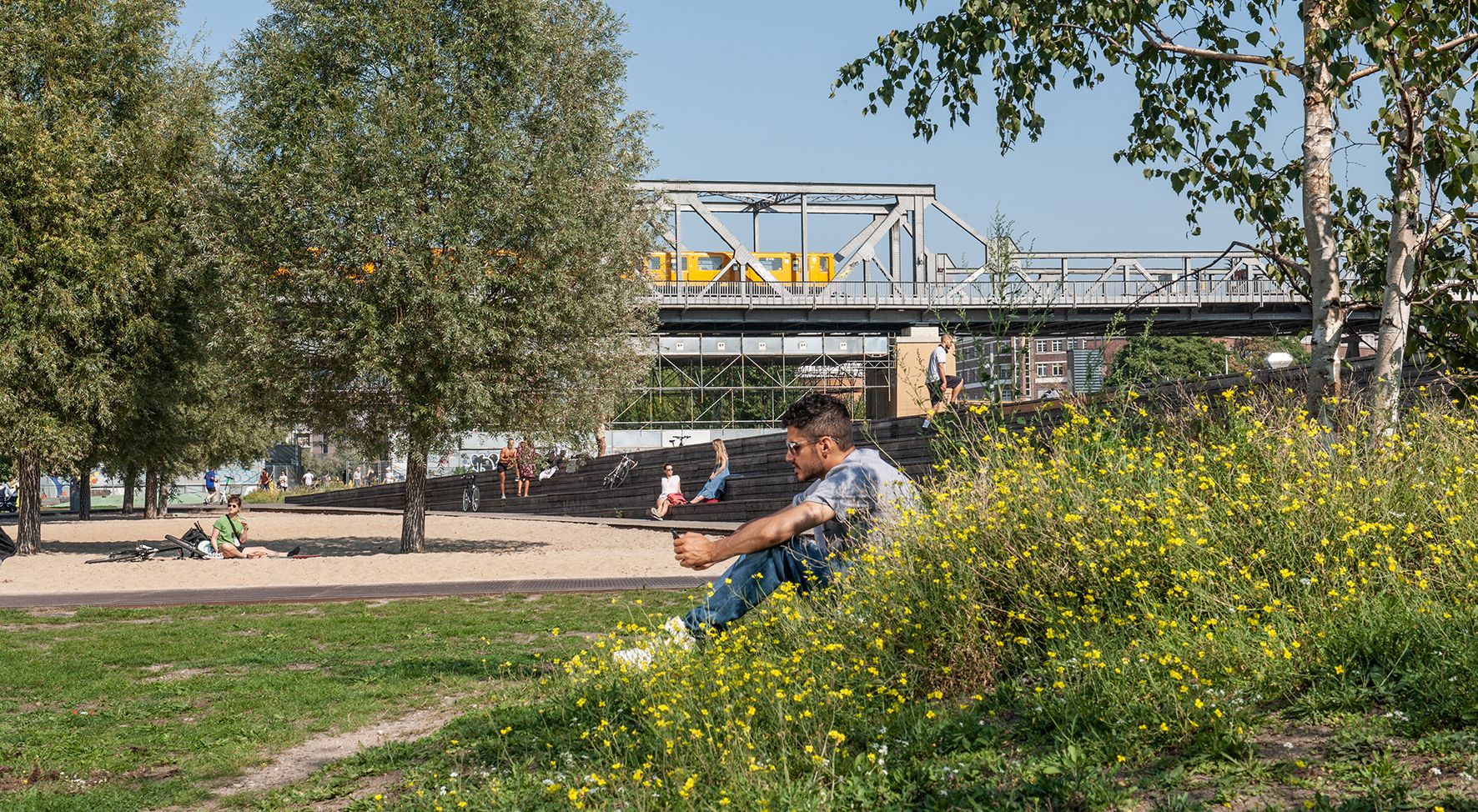 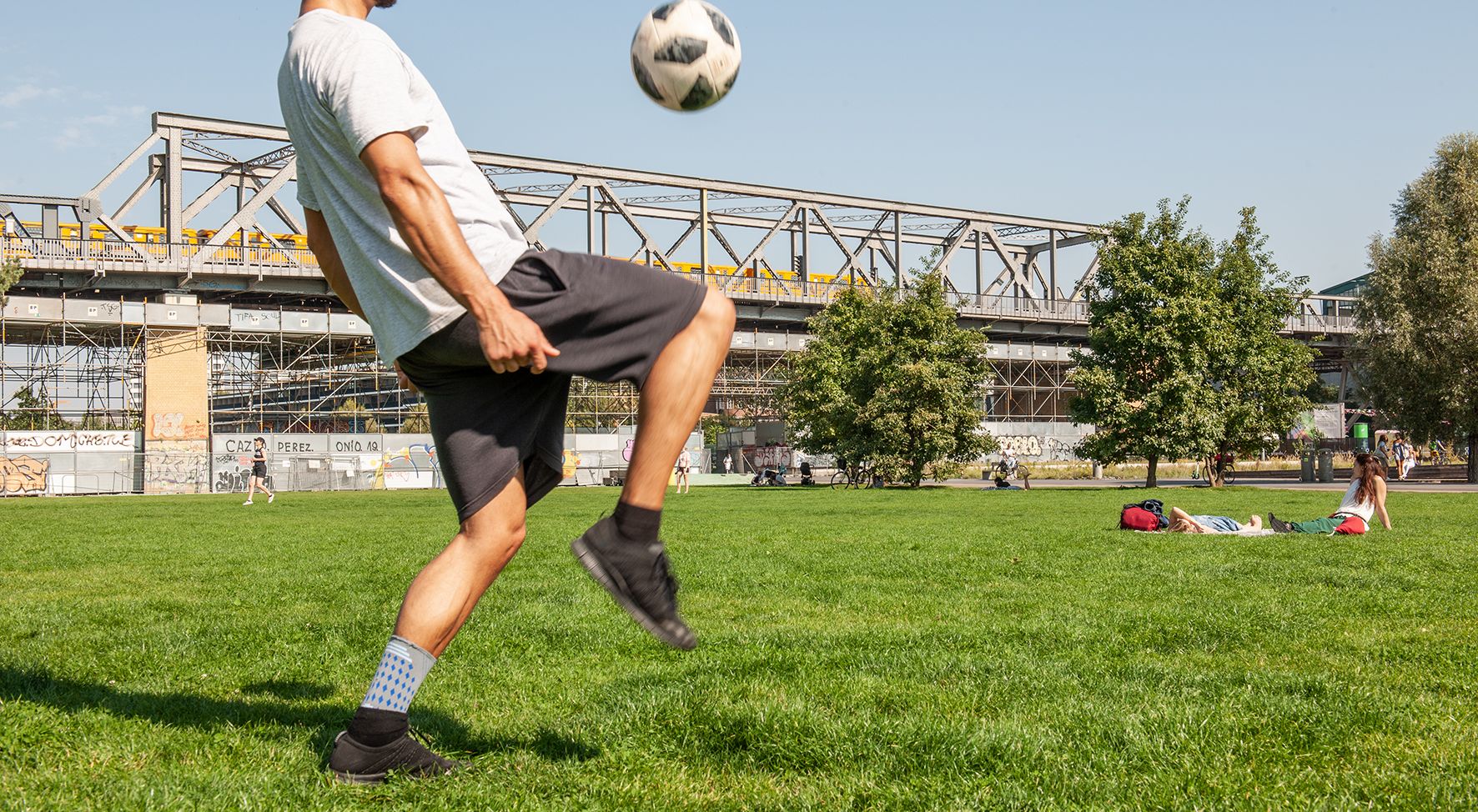 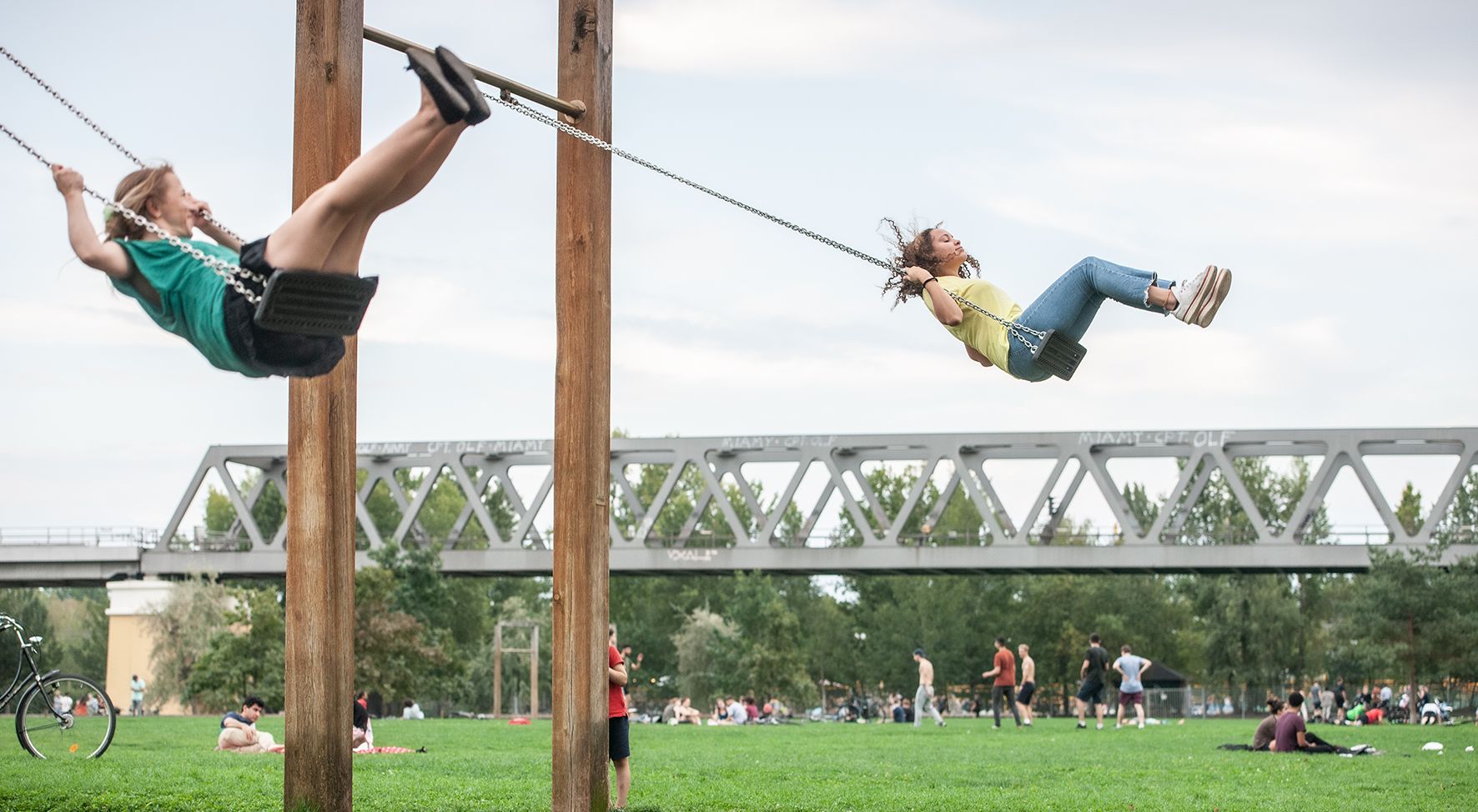 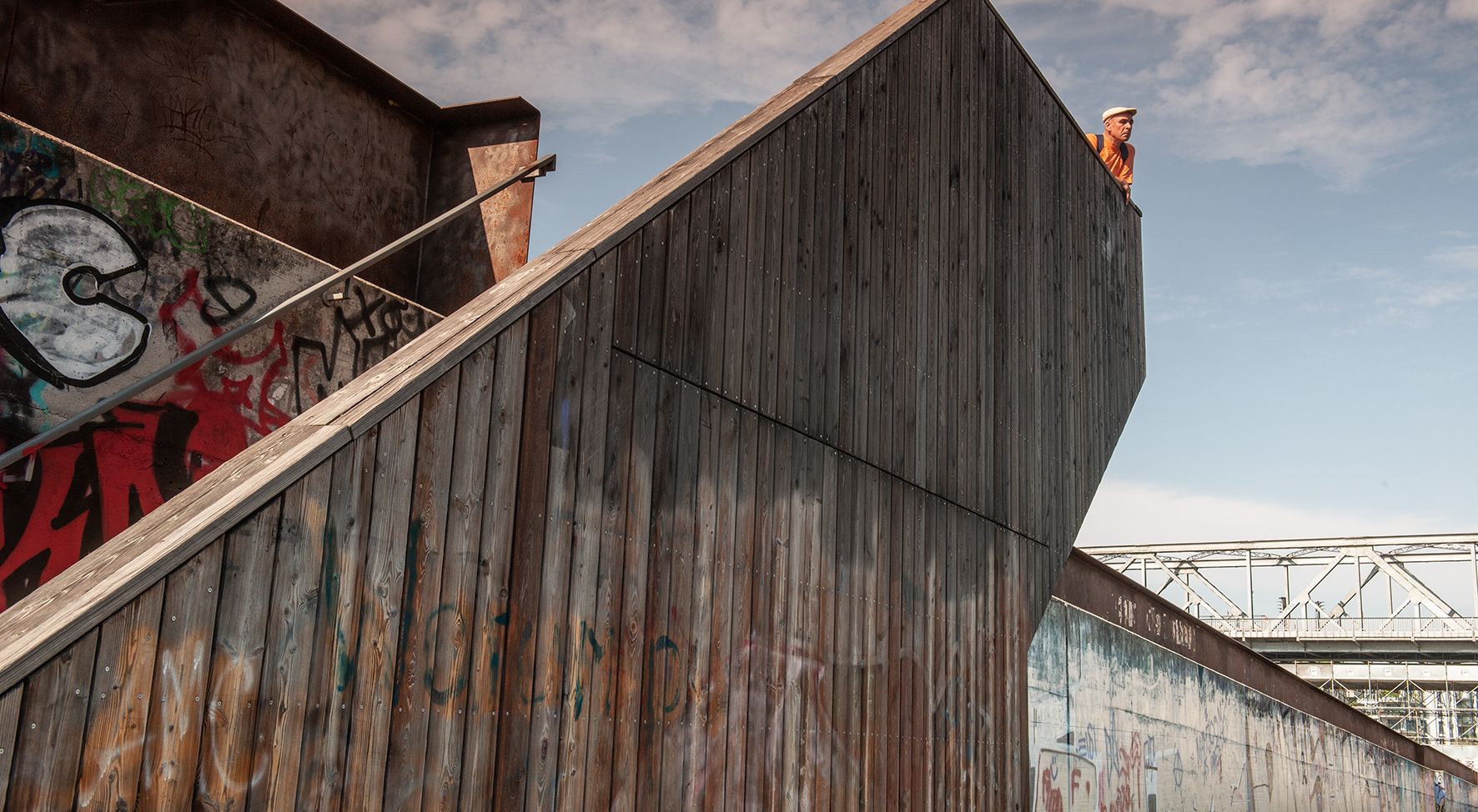 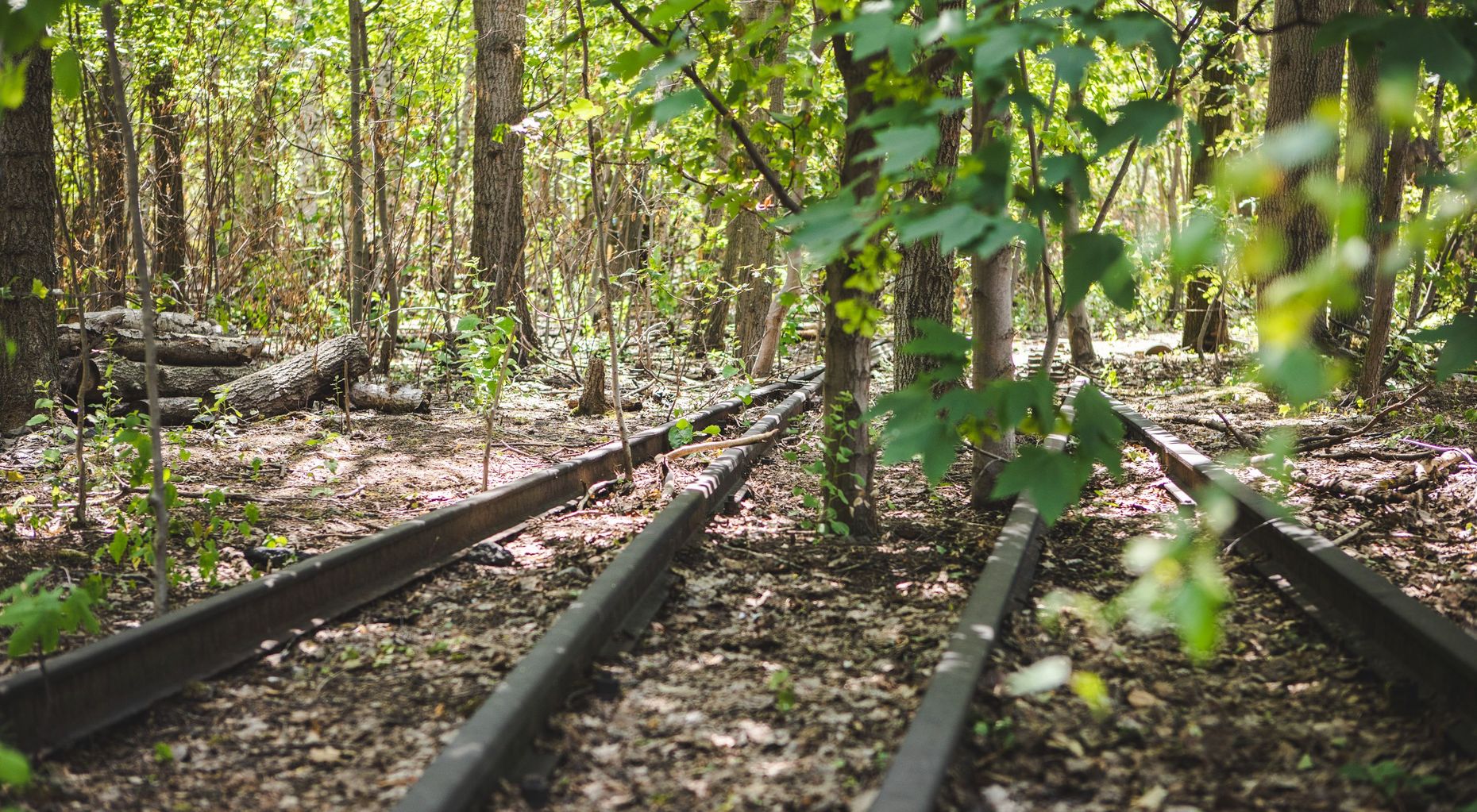 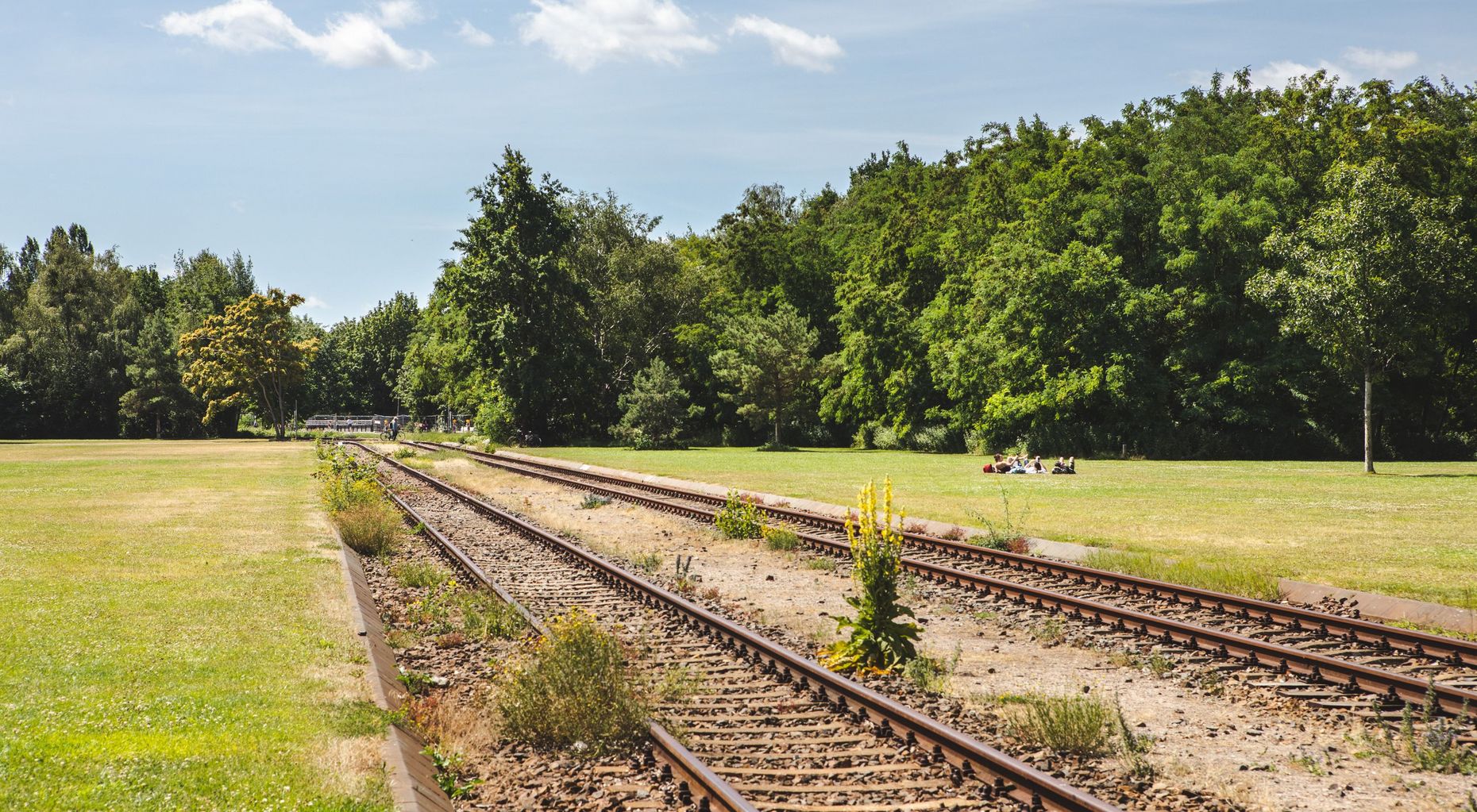 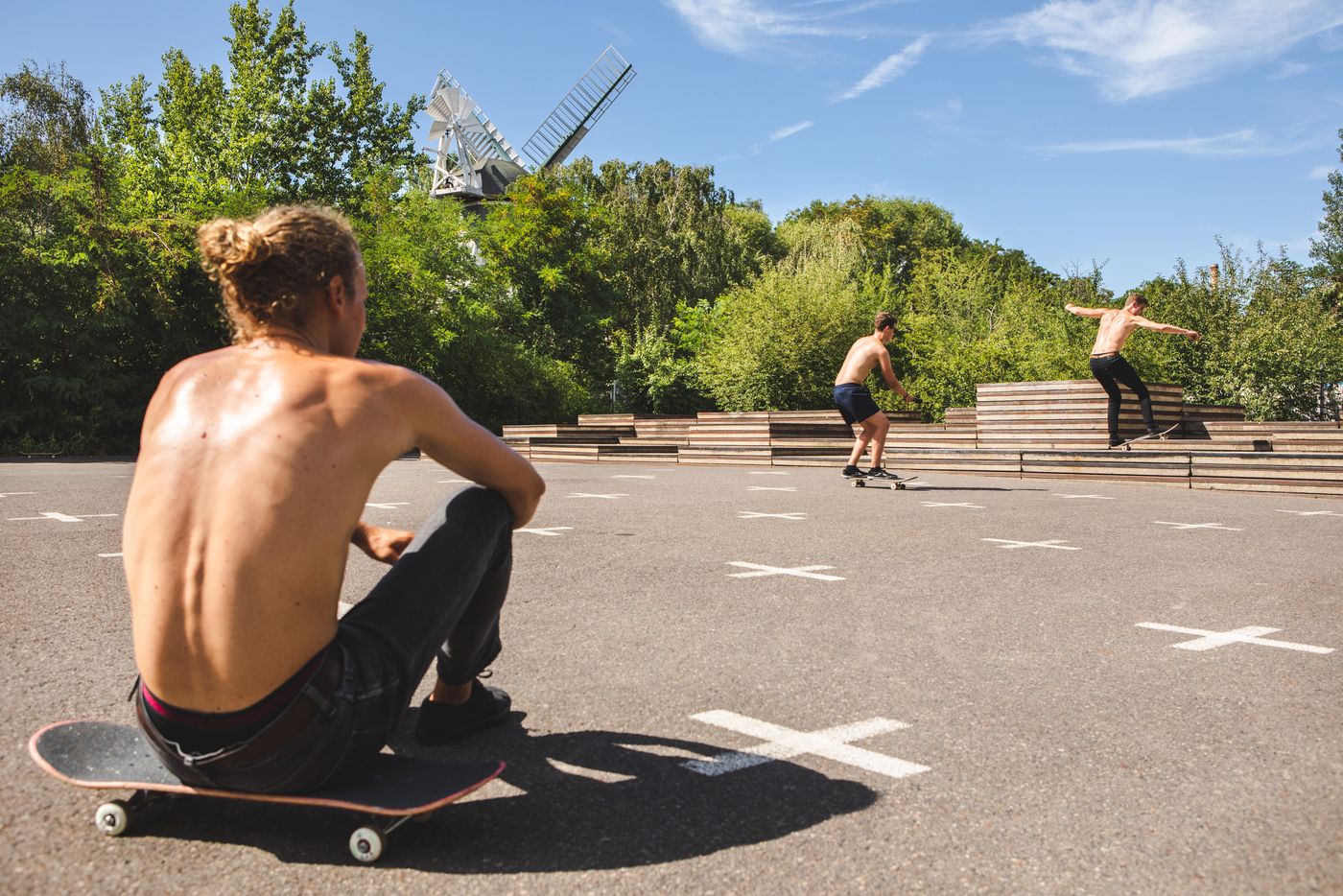 Yoga on the lawn in the morning, then table tennis or boules under shady trees. In between, take a break at the kiosk while the kids let off steam on the playgrounds. Park am Gleisdreieck offers numerous opportunities for young and old to let off steam.
Learn more 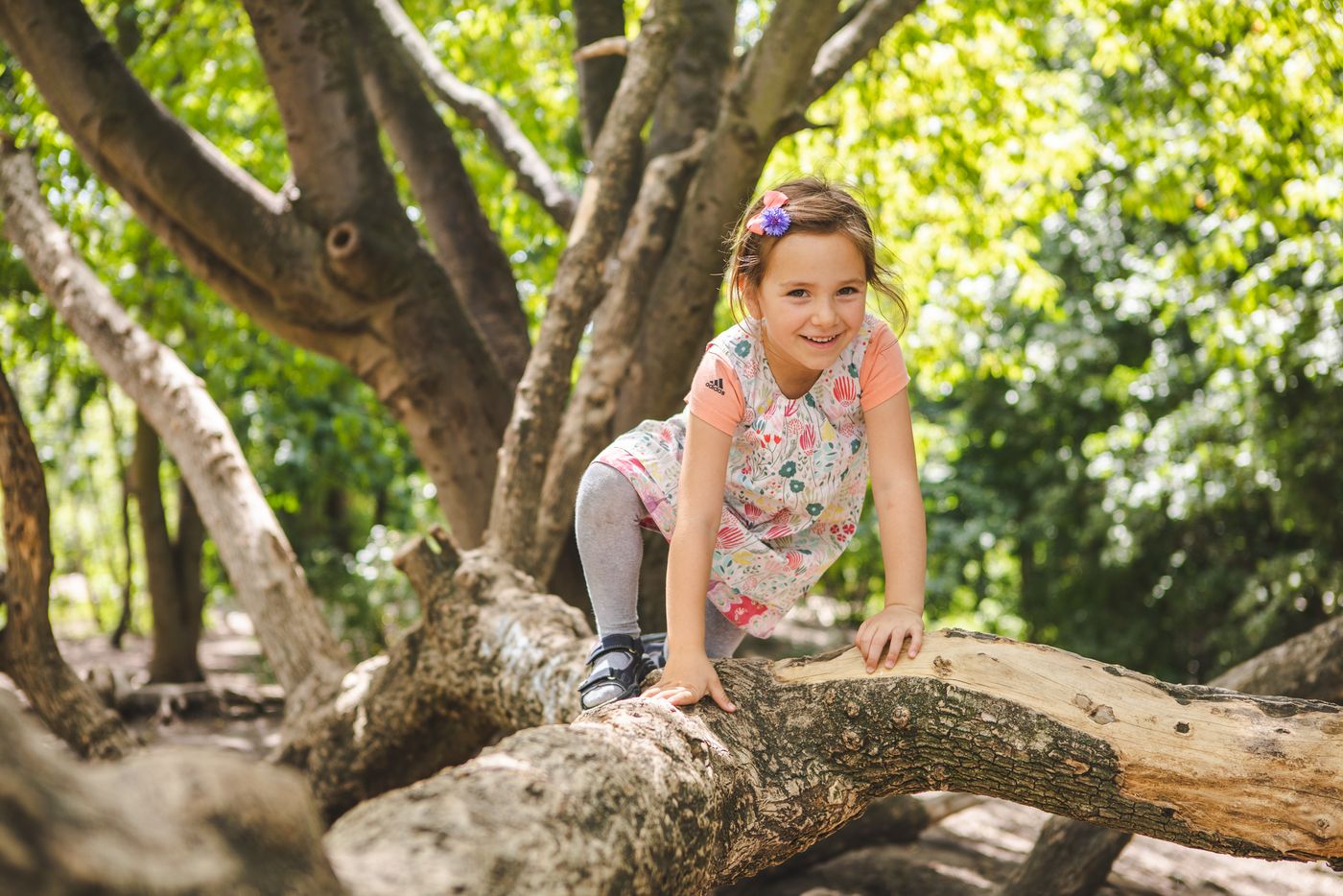 In terms of landscape, Park am Gleisdreieck is characterised by the central, extensive lawn and meadow areas, which are lined by small woods and individual trees and crossed by wide paths. The primary goal of the maintenance and development measures was and is to harmonise the interests of nature conservation and recreational use in Park am Gleisdreieck.
Learn more 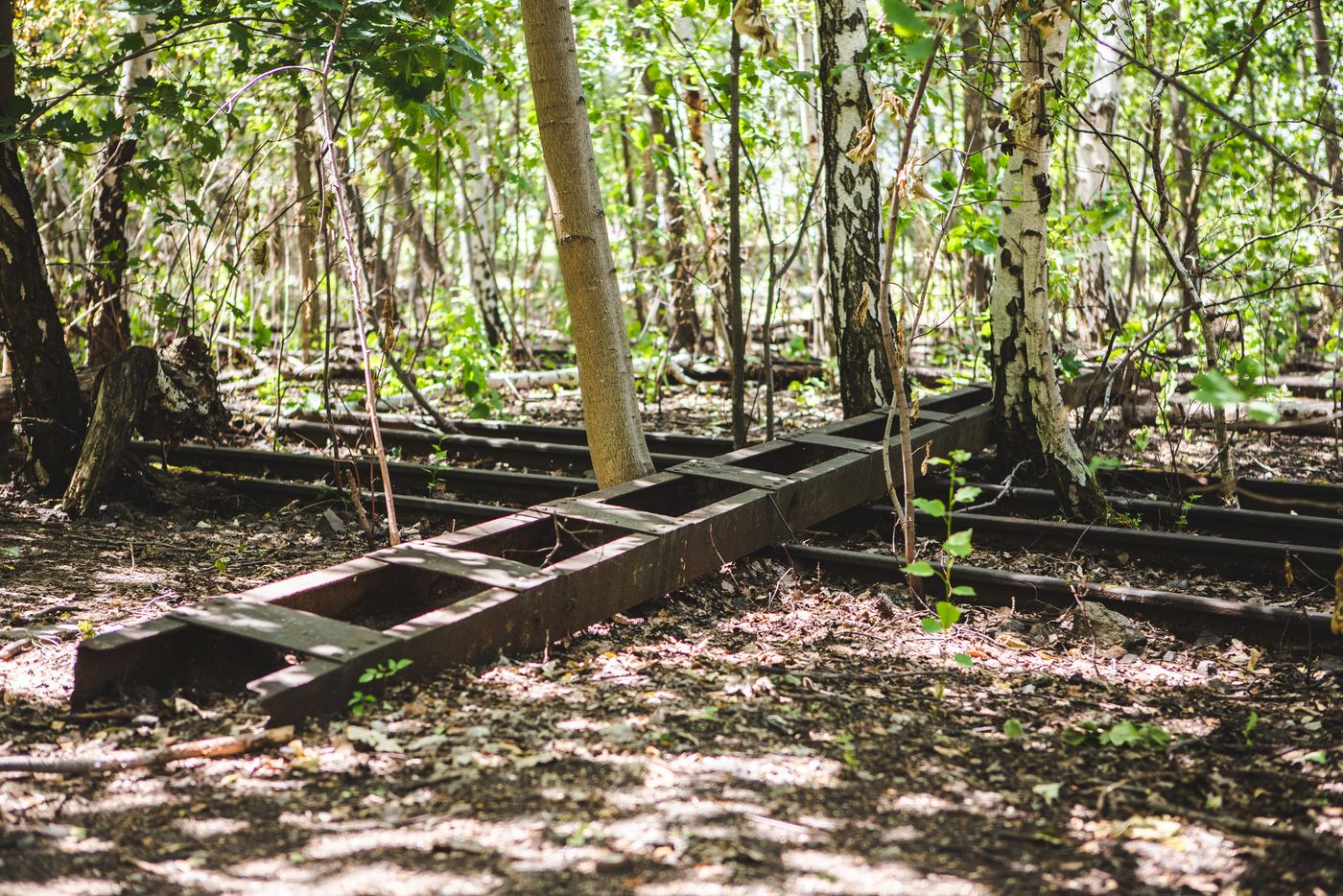 Initiatives of citizens have been working for years for the realisation of a park on the former railroad site at Gleisdreick, and so the residents have been involved in the park planning and design in an intensive dialogue process from the beginning.
Learn more